The Seal of God, Protection from the Disasters

Let us go back to the prophecy about the seal of God and find out the reason.

According to the bible, World War II is not over yet. It has been held back temporarily by the commands of God.  When the appointed time comes, angels who are holding the war back will let go the four winds from the four corners of the earth. That would be the day of the great disasters and destruction that could “harm the land and the sea and the trees”.

When the winds are released again from the four corners of the earth, it means another World War, that is, World War III. And this war has power to destroy everything on this earth (“the land and the sea and the trees”). Then what is the reason God is putting his name (or seal) on the foreheads of his chosen people? It is because God wants to protect them from the last disasters that will come upon the earth.

By putting the seal, God is claiming ownership for the people who have his name on the forehead. And God would give protection to them and give salvation to them from the disasters. Just as the bible prophesies that there would be no other way to save ourselves from the last disasters except for the seal of God.

The Seal of God, the Only Way of Salvation

Prophet Amos wrote about this:

Amos prophesied about the last disasters and he also foresaw what people would do to escape from the disasters. Just as he prophesied a long time ago, today people are devising their own way to protect themselves from the disasters. Some are building underground cities; or other making spaceships to go out into the space; still others building the submarines or making a city under the sea. But Amos foretold that whatever people do would be useless and they cannot escape. The only way for us to be protected from the disasters is receiving the seal of God. 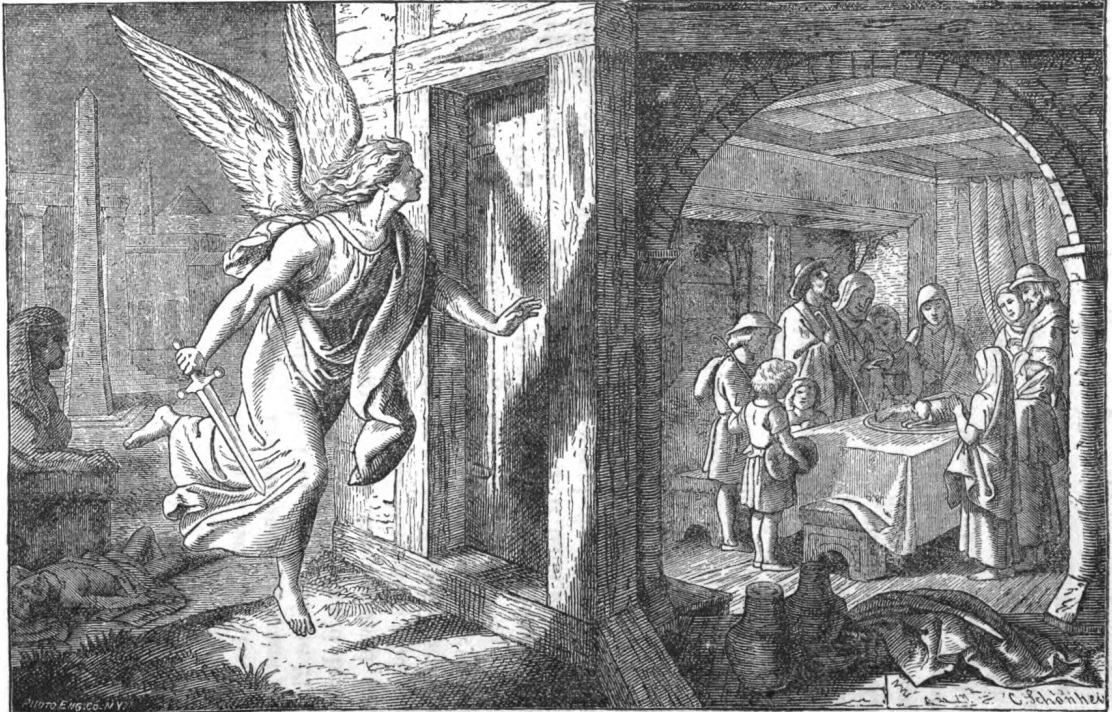 The Israelites could be protected from the tenth plague, the plague of the firstborns and they could be set free from the slavery. It was because they received the seal of God by keeping the Passover.

The Passover, the Seal of God

At the time, God sent Moses to Pharaoh and commanded him to set the Israel people free from the slavery. However, the Pharaoh did not listen, and as a result, God sent ten plagues in the land of Egypt. The last one was the plague of the firstborns. At this moment, God commanded the Israel people to keep the Passover.

Exodus 12:10 10 Do not leave any of it till morning; if some is left till morning, you must burn it. 11 This is how you are to eat it: with your cloak tucked into your belt, your sandals on your feet and your staff in your hand. Eat it in haste; it is the Lord’s Passover. 12 “On that same night I will pass through Egypt and strike down every firstborn of both people and animals, and I will bring judgment on all the gods of Egypt. I am the Lord. 13 The blood will be a sign for you on the houses where you are, and when I see the blood, I will pass over you. No destructive plague will touch you when I strike Egypt.

The Passover, the Seal of Protection

The promise of God for the Passover was the protection from the disaster of the firstborns. The blood of the Passover lambs on the door frames became the seal of protection and God’s people could be protected from the last plague and they could be set free from the slavery of Egypt. The Passover was the seal of God which protected God’s people from the plagues. The name “Passover” itself means that something “passes over”. It means the plagues and disasters would pass over the ones who keep the ceremony.

We can confirm this through the history of the Israel. At the time of King Hezekiah, the king of Judah, the Assyrians were marching against the land of Israel. In those days, the land was divided into two kingdoms: Southern Judah and Northern Israel. King Hezekiah badly wanted to have protection from the war and sent his messengers to encourage people to keep the Passover to receive the seal of God.

2 Chronicles 30:1 Hezekiah sent word to all Israel and Judah and also wrote letters to Ephraim and Manasseh, inviting them to come to the temple of the Lord in Jerusalem and celebrate the Passover to the Lord, the God of Israel. 2 The king and his officials and the whole assembly in Jerusalem decided to celebrate the Passover in the second month. ….10 The couriers went from town to town in Ephraim and Manasseh, as far as Zebulun, but people scorned and ridiculed them. 11 Nevertheless, some from Asher, Manasseh and Zebulun humbled themselves and went to Jerusalem. 12 Also in Judah the hand of God was on the people to give them unity of mind to carry out what the king and his officials had ordered, following the word of the Lord.

The Seal of God in the History of Israel

The Fall of Samaria

When the king delivered the message, people of the northern Israel rejected it and did not keep the Passover. However, the people of Judah kept the Passover with a united mind. When the disaster came in the name of war, the fates of the two kingdoms were completely different. The kingdom of northern Israel got destroyed by the invasion of Assyria.

2 Kings 18:9  In King Hezekiah’s fourth year, which was the seventh year of Hoshea son of Elah king of Israel, Shalmaneser king of Assyria marched against Samaria and laid siege to it. 10 At the end of three years the Assyrians took it. So Samaria was captured in Hezekiah’s sixth year, which was the ninth year of Hoshea king of Israel. 11 The king of Assyria deported Israel to Assyria and settled them in Halah, in Gozan on the Habor River and in towns of the Medes.

After this the northern kingdom Israel got blotted out from the history and the land became inhabited by the Gentiles deported by the Assyrians. And the bible teaches us the reason of the fall of Samaria.

2 Kings 18:12 This happened because they had not obeyed the Lord their God, but had violated his covenant—all that Moses the servant of the Lord commanded. They neither listened to the commands nor carried them out.

Samaria fell and got destroyed because they did not keep the Passover. They rejected the seal of God and they could not receive the protection from the disaster.

Then how about Judah who kept the Passover? After destroying Israel, now Assyrians marched against the land of Judah to destroy them too. But this time they could not succeed.

2 Kings 19:30 Once more a remnant of the kingdom of Judah will take root below and bear fruit above. 31 For out of Jerusalem will come a remnant, and out of Mount Zion a band of survivors. “The zeal of the Lord Almighty will accomplish this. 32 “Therefore this is what the Lord says concerning the king of Assyria: “‘He will not enter this city or shoot an arrow here. He will not come before it with shield or build a siege ramp against it. 33 By the way that he came he will return; he will not enter this city, declares the Lord. 34 I will defend this city and save it, for my sake and for the sake of David my servant.’”

The city of Jerusalem unlike Samaria was under the protection of God and God saved them from the disaster.

2 Kings 19:35 That night the angel of the Lord went out and put to death a hundred and eighty-five thousand in the Assyrian camp. When the people got up the next morning—there were all the dead bodies! 36 So Sennacherib king of Assyria broke camp and withdrew. He returned to Nineveh and stayed there.

God sent his angel and destroyed the Assyrian army. And the king had to break the siege and go back to his country.

Lesson From the Past

Historically, both of the nations came from the same forefather, that is, Abraham. And at first, they had the same kings until they got divided after Solomon. Both Israel and Judah were considered as the chosen people of God. Then what caused the difference in their fates in the time of disasters? It was the seal of God, the Passover.

Romans 15:4 For everything that was written in the past was written to teach us, so that through the endurance taught in the Scriptures and the encouragement they provide we might have hope.

Then what is the lesson we should learn from this history of Israel? Soon the great disaster will come and destroy everything on the face of the earth. God says that we cannot save ourselves when we are left to our own devices. Just like the people of Judah, we have to receive the seal of God by keeping the Passover. This is the only way for us to be protected from the last disasters.

Before the appointed time comes, let us return to God with a humble mind and keep the Passover. Then we can be under the protection of God and receive salvation. This is God’s message to us who are living in the last day just before the Day of Judgment.

Just as the prophet said, “Neither their silver nor their gold will be able to save them” on this great day of the LORD. Those who are humble must seek God and pray to God for the protection.