Water of Life from the Temple–According to the bible there are many prophecies about the water of life coming from the temple of God in the last days.

Zechariah 14:8  On that day living water will flow out from Jerusalem, half of it east to the Dead Sea and half of it west to the Mediterranean Sea, in summer and in winter.

Christ, The Reality of the Temple

That was accomplished 2000 years ago when God came down to this earth as man in the flesh in the name of Jesus Christ. And Jesus taught that he is the reality of the temple where the Spirit of God dwells.

We can confirm this through the Book of Revelation too.

Revelation 21:22  I did not see a temple in the city, because the Lord God Almighty and the Lamb are its temple.

In this description of the heavenly city Jerusalem, Apostle John clearly states that the temple is the Lamb or Christ.

The Water of Life From the Temple

Also in the same Book of John, the bible teaches us that the water coming from the Christ is actually the Holy Spirit.

John 7:37 On the last and greatest day of the festival, Jesus stood and said in a loud voice, “Let anyone who is thirsty come to me and drink. 38 Whoever believes in me, as Scripture has said, rivers of living water will flow from within them.” 39 By this he meant the Spirit, whom those who believed in him were later to receive. 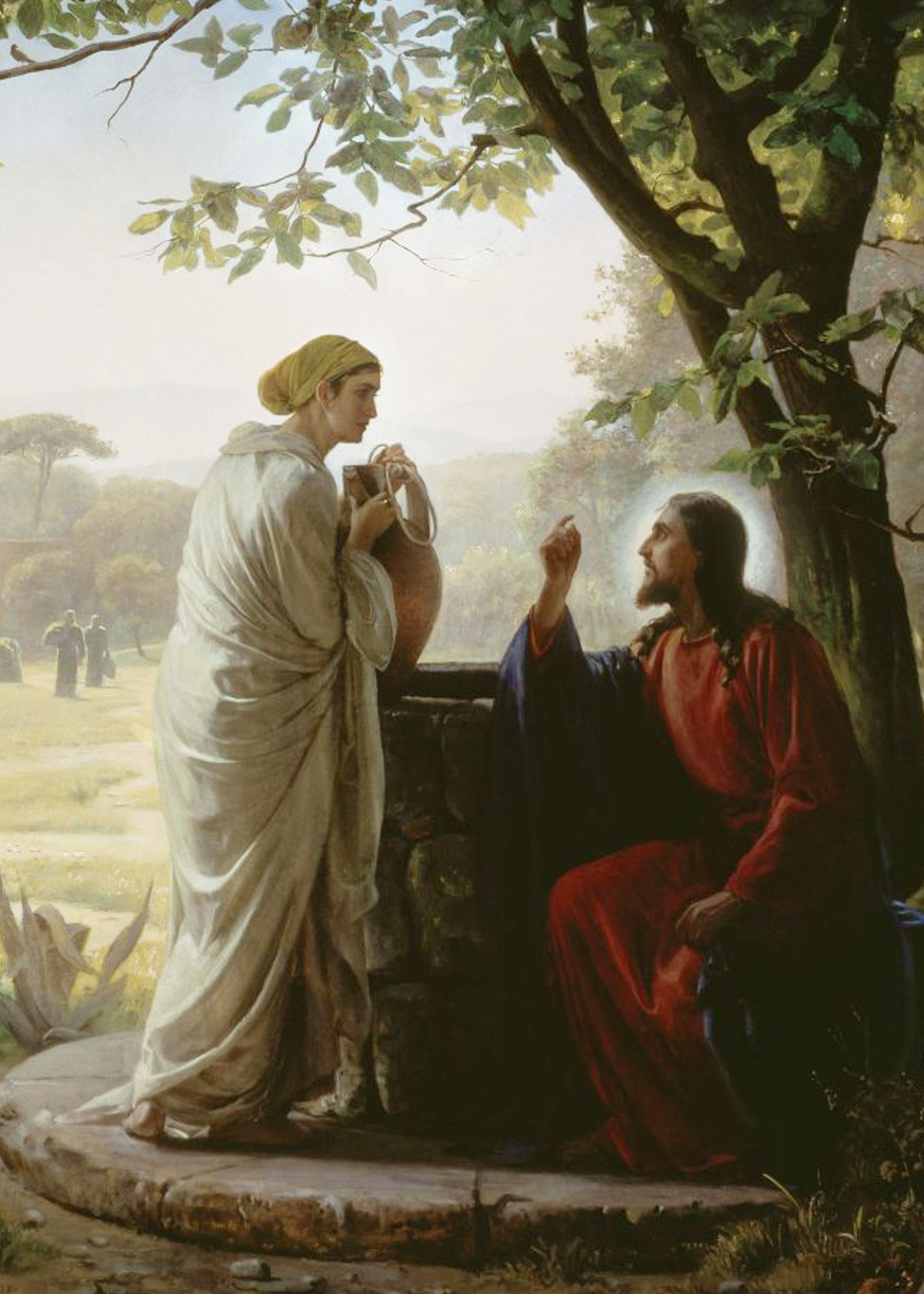 Jesus and Samaritan woman at the well

Some Prophecies Of The Living Water From Jerusalem Temple

The Water of Life From the Temple Jerusalem In Ezekiel

Water of Life from the Temple–First, let us take a look at some prophecies of the living water coming out from the Jerusalem Temple.

Revelation 22:1-2 Then the angel showed me the river of the water of life, as clear as crystal, flowing from the throne of God and of the Lamb 2 down the middle of the great street of the city. On each side of the river stood the tree of life, bearing twelve crops of fruit, yielding its fruit every month. And the leaves of the tree are for the healing of the nations.

Jerusalem, The Throne of God

Jeremiah 3:14 16 In those days, when your numbers have increased greatly in the land,” declares the Lord, “people will no longer say, ‘The ark of the covenant of the Lord.’ It will never enter their minds or be remembered; it will not be missed, nor will another one be made. 17 At that time they will call Jerusalem The Throne of the Lord, and all nations will gather in Jerusalem to honor the name of the Lord. No longer will they follow the stubbornness of their evil hearts. 18 In those days the people of Judah will join the people of Israel, and together they will come from a northern land to the land I gave your ancestors as an inheritance.

The Throne of God in the Most Holy Place

Water of Life from the Temple–In the Law of Moses, the throne of God was the atonement cover which covered the Ark of the Covenant. God commanded Moses to put the stone tablets of the Ten Commandment in the ark and put a cover on the ark, which was called the atonement cover. (Exodus 25:16) The cover was also called as “Mercy Seat” because God promised that he would seat on the cover between the cherubim and be with His people. For this reason, the Atonement Cover had another name, “the Throne of God.”

Then what is the spiritual Jerusalem? In the Book of Revelation when all these prophecies are fulfilled, God shows us who the spiritual heavenly Jerusalem is.

The Reality of the Throne of God

Water of Life from the Temple–Then let us take a look at the prophecies of the appearance of the heavenly Jerusalem Temple in the Book of Revelation. Jeremiah prophesied that there would be a time when people would not seek the physical ark of the covenant. At that time, the reality of the ark of the covenant would be revealed. Finally, in the Book of Revelation, we can see the fulfillment of this prophecy.

Revelation 21:2-16 One of the seven angels who had the seven bowls full of the seven last plagues came and said to me, “Come, I will show you the bride, the wife of the Lamb.” 10 And he carried me away in the Spirit to a mountain great and high, and showed me the Holy City, Jerusalem, coming down out of heaven from God. ….15 The angel who talked with me had a measuring rod of gold to measure the city, its gates and its walls. 16 The city was laid out like a square, as long as it was wide. He measured the city with the rod and found it to be 12,000 stadia[c] in length, and as wide and high as it is long.

What is the Heavenly Jerusalem?

In this vision, John saw the reality of the Jerusalem Temple coming down from heaven in the last days. The most peculiar characteristic of this temple is in its shape. It is shaped like a cube with same height as its width and length. In the bible there is only one object that resembles this one, that is, the Most Holy Place of the temple where God put the ark of the covenant and the throne of God. (1 Kings 6:20)

Through this prophecy God is teaching us the heavenly Jerusalem is the reality of the Most Holy Place and the Throne of God.

Not only Apostle John, but also Apostle Paul saw this heavenly Jerusalem and he also testified about it. Now let us find out who the Jerusalem is.

Galatians 4:26 But the Jerusalem that is above is free, and she is our mother.

Mother The True Source of the Living Water

Water of Life from the Temple– 2000 years ago, God the Father came down from heaven to this earth as the reality of the temple. And He gave the living water to the people. However,  the bible teaches us God the Mother, who is the reality of the Most Holy Place in heaven, would come down from heaven to this earth in human form just like Jesus Christ.

And She would be the source of the living water who can give eternal life to the people of God.

The Spirit God the Father and the Bride God the Mother appear together in human form in the last day. And they will give the water of life. Now the time of the fulfillment of the prophecies of the bible has come. God the Mother has appeared to us to give us the water of life. She came down to this earth as man in the flesh. She is calling us to come to receive the living water. Now let us come to heavenly Mother New Jerusalem. And let us receive the abundant blessings of forgiveness of sins and eternal life.

Zechariah 13:1 “On that day a fountain will be opened to the house of David and the inhabitants of Jerusalem, to cleanse them from sin and impurity.

Zechariah 14:8 On that day living water will flow out from Jerusalem, half of it east to the Dead Sea and half of it west to the Mediterranean Sea, in summer and in winter.

44 thoughts on “Jerusalem Temple and The Water of Life”