The bible contains amazing prophecies about the history of the mankind. By looking at the prophecies and the fulfillments, we can realize that the human history is none other than God’s plan and the achievement.

This prophecy of the Seal of God also has been accomplished through the human history. Now let us study the meaning of the prophecy one by one. As the first part of the prophecy, I would like to discuss about the time and place of the seal of God.

Even though this phrase “After this” is so simple, it contains deep secrets for our salvation. Through this phrase God is teaching us about the time frame when God begins his work of salvation in the last day. Let us look at the prophecy first.

Now let us understand the meanings of this prophecy one by one. In this prophecy we can see the four angels standing at the four corners of the earth holding back the four winds lest they should blow on the land, the sea, or any tree. 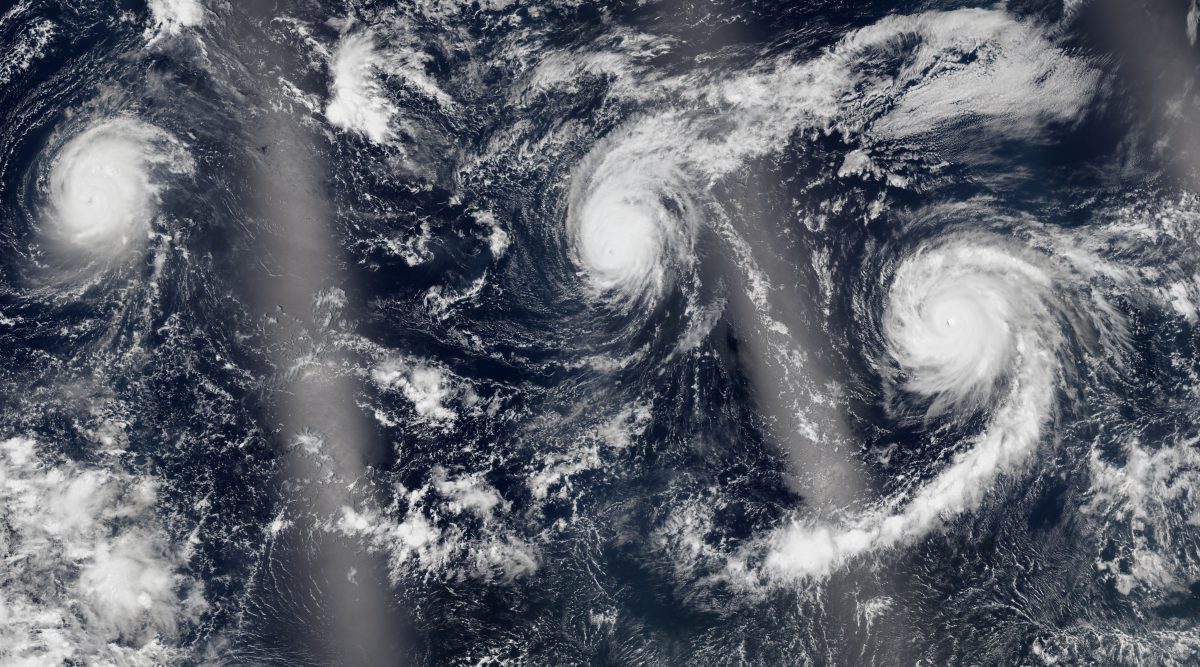 What is the meaning of the four angels holding back the four winds? Are the winds literally four storms that would blow from all around the earth destroying everything on the surface of the earth like in a disaster movie?

Four Winds From the Four Corners of the Earth

Then what are the four winds that the four angels are holding to prevent it from blowing on the land. As we have seen over and over again, everything in the bible is a parable and thus has a figurative meaning behind it. Then what is the parabolic meaning of “wind” in the bible?

Jeremiah 4:11  At that time this people and Jerusalem will be told, “A scorching wind from the barren heights in the desert blows toward my people, but not to winnow or cleanse; 12 a wind too strong for that comes from me. …. ‘A besieging army is coming from a distant land,     raising a war cry against the cities of Judah…… For I have heard the sound of the trumpet; I have heard the battle cry.

According to this prophecy, the wind figuratively represents “a war”. Then what is the meaning of “four”? Four winds from the four corners of the earth means a war coming from all the directions from east, west, south, and north. This is not a war that affects a city or a country. It is a war that takes places and affects all around the earth, in other words, “the world war”.

Four Angels Holding Back the Winds

The Meaning of Stars

Revelation 6:12 I watched as he opened the sixth seal. There was a great earthquake. The sun turned black like sackcloth made of goat hair, the whole moon turned blood red, 13 and the stars in the sky fell to earth, as figs drop from a fig tree when shaken by a strong wind.

According to the bible, the descendants of Abraham, that is, Jews are compared to stars in heaven.

Genesis 15:4 He took him outside and said, “Look up at the sky and count the stars—if indeed you can count them.” Then he said to him, “So shall your offspring be.

In this scene God took Abraham outside and teaches him that his offspring or the descendants would be numerous like stars. God confirms again in Chapter 22 in Genesis.

Genesis 22:17 I will surely bless you and make your descendants as numerous as the stars in the sky and as the sand on the seashore.

Through these verses in the bible, we can know the stars in the sky figuratively means the people of Israel, the Jews.

The Meaning of the Figs

The Parable of Two Baskets of Figs

Then what about the figs? What is the meaning of figs in the bible? To make a long story short, the figs also represent the Jews. In Jeremiah the Jews either in exile or in Judah are figuratively compared to figs.

Jeremiah 24:4 Then the word of the Lord came to me: 5 “This is what the Lord, the God of Israel, says: ‘Like these good figs, I regard as good the exiles from Judah, whom I sent away from this place to the land of the Babylonians. ….. 8 “‘But like the bad figs, which are so bad they cannot be eaten,’ says the Lord, ‘so will I deal with Zedekiah king of Judah, his officials and the survivors from Jerusalem, whether they remain in this land or live in Egypt.

Here God teaches the meanings of two baskets of figs shown in the previous verse. The figs either good or bad signifies the Jews who were in Babylon living as exiles and those who were living Jerusalem as survivors. We can confirm this through the teachings of Jesus too. Jesus compares his ministry to the work of a farmer who are taking care of the fig tree.

The Parable of a Fruitless Fig Tree

Luke 13:6 Then he told this parable: “A man had a fig tree growing in his vineyard, and he went to look for fruit on it but did not find any. 7 So he said to the man who took care of the vineyard, ‘For three years now I’ve been coming to look for fruit on this fig tree and haven’t found any. Cut it down! Why should it use up the soil?’

In this parable, the fig tree represents the nation of Israel and the fruits represent the Jews who repented. Jesus came to this earth and preached the repentance to the Jews. However, they did not bear fruit, which means they did not repent. So Jesus cursed the fig tree and pronounced the judgment to the unrepentant Jews.

The Stars and Figs Fallen by a Strong Wind’

Then what is the meaning of the stars and figs fallen down to the earth shaken by a strong wind? Since the stars and figs signify the Jews and wind a war, the meaning is quite obvious. It means the death of the Jews by a big war. Since the time of this prophecy, then what was the war that caused a lot of Jewish casualties? It is the second world war or the World War II. It is said that about 6 million Jews got killed in the Holocaust during World War II.

Through this historical event, we can see the fulfillment of the prophecies of the bible. According to the prophecy in Revelation 7, the work of God putting the seal on his people begins right after World War II. World War II ended in 1945 and it has passed about 70 years since the war. Therefore, we can conclude that the last salvation work of God has already started.

From the Rising of the Sun

Then where does the work of God’s putting seal on the chosen people start?

Revelation 7:2 2 Then I saw another angel coming up from the east, having the seal of the living God. He called out in a loud voice to the four angels who had been given power to harm the land and the sea. (NIV)7:2

Revelation 7:2 and I saw another messenger going up from the rising of the sun (YLT)

While the four angels are holding back World War II, another angel is coming from the east, bringing the seal of God. The writer of this book, Apostle John was living in the Island of Patmos as exile when he received this vision from the Christ. Therefore, “from the east,” or “from the rising of the sun” originally in Greek means God would start the last work of putting the seal somewhere in the east from the Patmos Island.

(You can find more detailed information about this prophecy of “From the East” by following the link here.)

Through this article, we have seen the time and the place for the seal of God. According to this prophecy, we can conclude that God must have started his salvation work by putting the seal on his chosen people, starting from somewhere in the east. In the next article, I would like to talk more about what the seal of God is and how we can receive the seal of God

33 thoughts on “The Seal of God: Time and Place”