Spiritual Elijah Second Coming Christ Ahnsahnghong–Up until now, we have studied the Prophet Elijah in the history of Israel. However, this Elijah works as spiritual one who would appear before the great and dreadful day of the Lord comes.

Malachi 4:5  “See, I will send the prophet Elijah to you before that great and dreadful day of the Lord comes. 6 He will turn the hearts of the parents to their children, and the hearts of the children to their parents; or else I will come and strike the land with total destruction.”

Was John The Baptist Elijah? 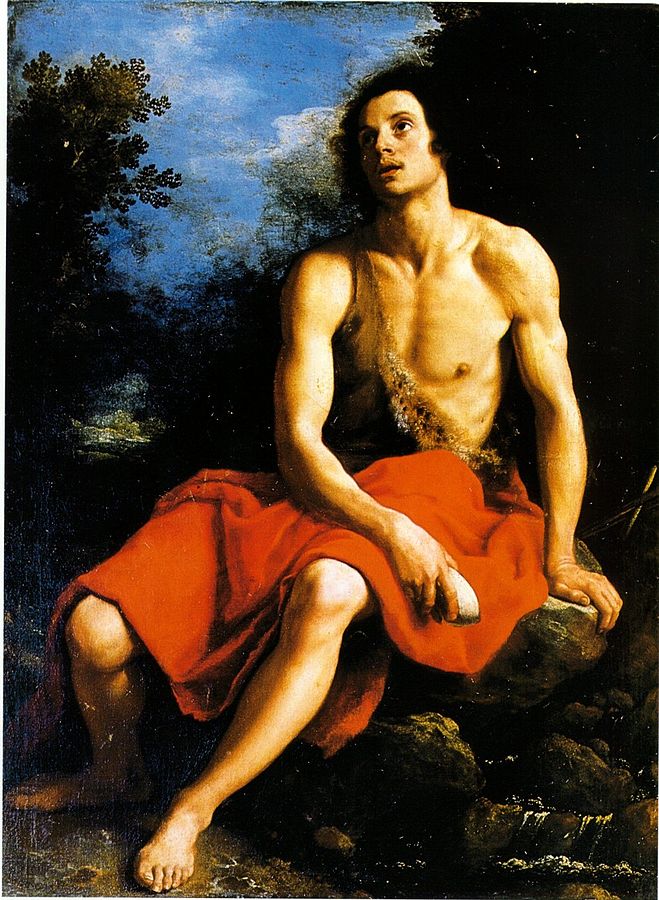 Is John the Baptist the prophetical Elijah?

Matthew 17:10 The disciples asked him, “Why then do the teachers of the law say that Elijah must come first?” 11 Jesus replied, “To be sure, Elijah comes and will restore all things. 12 But I tell you, Elijah has already come, and they did not recognize him, but have done to him everything they wished. In the same way the Son of Man is going to suffer at their hands.” 13 Then the disciples understood that he was talking to them about John the Baptist.

Matthew 11:12 From the days of John the Baptist until now, the kingdom of heaven has been subjected to violence,[d] and violent people have been raiding it. 13 For all the Prophets and the Law prophesied until John. 14 And if you are willing to accept it, he is the Elijah who was to come. 15 Whoever has ears, let them hear.

The True Elijah In The Last Day

Spiritual Elijah Second Coming Christ Ahnsahnghong–Surely John the Baptist fulfilled the prophecies about Elijah by testifying about Christ. But this was not the complete fulfillment of the prophecy. First, let us look at the name “Elijah”. Elijah is the composition of two words, “Eli” and “Jah”. Eli means God and Jah signify Jehovah. In short, through the name of Elijah, we can see it is God Jehovah who would completely fulfill this prophecy (Matthew 27:45).

And also we must confirm the time frame of Elijah’s coming.

2 Peter 3:10 But the day of the Lord will come like a thief. The heavens will disappear with a roar; the elements will be destroyed by fire, and the earth and everything done in it will be laid bare. 11 Since everything will be destroyed in this way, what kind of people ought you to be? You ought to live holy and godly lives 12 as you look forward to the day of God and speed its coming. That day will bring about the destruction of the heavens by fire, and the elements will melt in the heat.2

1 Thessalonians 5:1  Now, brothers and sisters, about times and dates we do not need to write to you, 2 for you know very well that the day of the Lord will come like a thief in the night. 3 While people are saying, “Peace and safety,” destruction will come on them suddenly, as labor pains on a pregnant woman, and they will not escape.

The Prophecy of the Time of Elijah’s Appearance

Spiritual Elijah Second Coming Christ Ahnsahnghong–Through the disciples’ testimonies, we can see the day of the Lord did not come yet 2000 years ago. They are all letting us know that it L come in the future. Then when is the day? And who is the true Elijah who would appear and fulfill the prophecy perfectly? It is important to us. We must know this spiritual Elijah and receive him for our salvation.

According to the Bible, Elijah appeared and completed missions after a long drought.

1 Kings 17:1 Now Elijah the Tishbite, from Tishbe in Gilead, said to Ahab, “As the Lord, the God of Israel, lives, whom I serve, there will be neither dew nor rain in the next few years except at my word.”

Because of the sins of people God took rains and waters away from the land for several years. Then how did this happen?

Luke 4:25 I assure you that there were many widows in Israel in Elijah’s time, when the sky was shut for three and a half years and there was a severe famine throughout the land.

The Bible says that the famine at that time lasted for three and half years (James 5:17). Then, what meaning does the period have? It’s because God wants us to understand the relationship between a shadow and reality. Just as a prophet Elijah appeared after three and half years, a prophetical Elijah will come after a spiritual drought to save us from spiritual thirst.

The Meaning of Three And Half Years Drought

Spiritual Elijah Second Coming Christ Ahnsahnghong–To understand the meaning of the prophecy, firstly we must understand the spiritual meaning of a drought. Droughts come due to a lack of rain or water.
Let’s see the words of Amos.

Amos 8:11 “The days are coming,” declares the Sovereign Lord, “when I will send a famine through the land—not a famine of food or a thirst for water, but a famine of hearing the words of the Lord.

Daniel 7:25  25 He will speak against the Most High and oppress his holy people and try to change the set times and the laws. The holy people will be delivered into his hands for a time, times and half a time.

In this prophecy of Daniel, the prophet foretold that the one who speaks against God would work to change the words of God, and persecute saints “for a time, times, and half a time” ( 3.5 years). During this period, the very first thing he did was to change the set times and laws of God. Through the history of Christianity, it is the fact that the feasts of God and ten commandments were abolished or replaced with other pagan festivals. There were no more true words of God.

Fulfillment of “A Time, Times, and Half a Time”

Spiritual Elijah Second Coming Christ Ahnsahnghong–If we study this prophecy of Daniel Chapter 7 along with Daniel Chapter 2, we can see this prophecy was realized during the Dark Ages. The Dark Ages was the period when there was no truth or the words of God.
During this period, the Passover of the New Covenant was abolished and disappeared in the history.

Spiritual Elijah Second Coming Christ Ahnsahnghong–The prophecies of the Elijah say that after this long 1260 year-period of a severe drought, Elijah would come to bring water or the words of God. It means Elijah must appear after all these happened. In other words, the Elijah represents Christ who is God. would come bringing the words of God in the last days. He restored the Feasts of God such as the Passover of the New Covenant and the Sabbath day. Then, how can we recognize him?

Jn 5:39 You diligently study the Scriptures because you think that by them you possess eternal life. These are the Scriptures that testify about me, yet you refuse to come to me to have life.

As we have already seen in the previous post, the spiritual Elijah must come and fulfill the missions of Elijah. What were the missions of Elijah? He had four missions to accomplish: Reparation of the altar of God, Reconciliation, Destruction of False Prophets, and Restoration of Truth the words of God. Also, he must be God himself, that is, the Second Coming Christ. Then who fulfill all the prophecies of the Bible? Who is it that came as prophetical Elijah? Let us see the complete fulfillment of the prophecy by looking at the works of Christ Ahnsahnghong.