Forgiveness of Sins and Passover–If all mankind was once angels in heaven, then what was the reason they came down to this earth? Why are their spirits trapped in the body and go through many pains and sufferings which arise from physical existence of human being?

Matthew 9:13 But go and learn what this means: ‘I desire mercy, not sacrifice.’ For I have not come to call the righteous, but sinners.”

Then what kind of sin did they commit in heaven?

Romans 6:23 For the wages of sin is death, but the gift of God is eternal life in Christ Jesus our Lord.

This penalty given to them reveals the load of their sins. They committed sins deserving the death penalty. For that reason, whoever is born on this earth has had to die without any exception. This shows the grievousness of their sins. 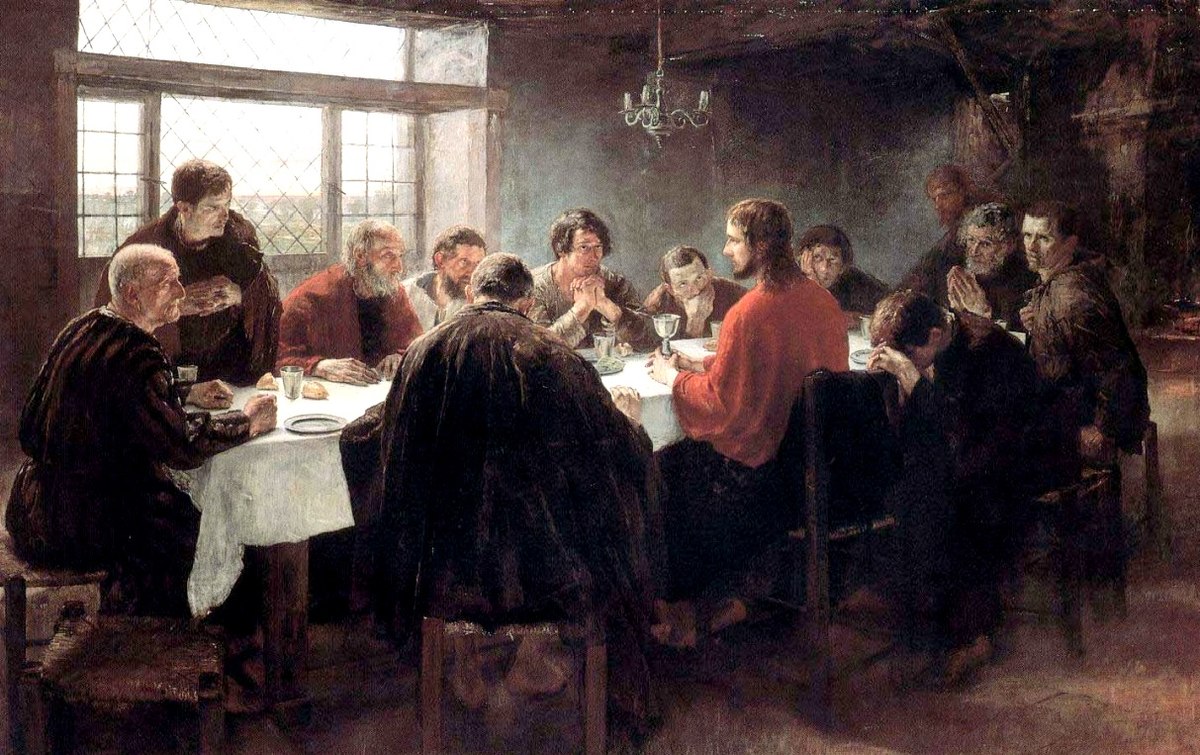 Many artists painted the Passover in the name of the last supper. What is the true meaning of this ceremony?

Forgiveness of Sins Through the Blood of Christ

Since death came from the sin (Romans 5:12), to be freed from death we must be forgiven first of our sins. Only when our sins are forgiven, the penalty of the sin can be removed from us. Then what is the way we can receive the forgiveness of sins?

Ephesians 1:7 In him we have redemption through his blood, the forgiveness of sins, in accordance with the riches of God’s grace

The Passover, the Secret of the Forgiveness of Sins

Matthew 26:26 While they were eating, Jesus took bread, and when he had given thanks, he broke it and gave it to his disciples, saying, “Take and eat; this is my body.” 27 Then he took a cup, and when he had given thanks, he gave it to them, saying, “Drink from it, all of you. 28 This is my blood of the covenant, which is poured out for many for the forgiveness of sins.

On the night of the Passover, Jesus gave this promise to his disciples. Jesus sealed the bread the Passover as his flesh, and the wine as his blood. And he promised that those who participate in the wine of the Passover receives the forgiveness of sins.

Forgivenss of Sins and Passover

Forgiveness of Sins and Passover–Therefore, we can presume that God prepared the Passover as gift for the sinners.

Luke 22:14 14 When the hour came, Jesus and his apostles reclined at the table. 15 And he said to them, “I have eagerly desired to eat this Passover with you before I suffer. … 19 And he took bread, gave thanks and broke it, and gave it to them, saying, “This is my body given for you; do this in remembrance of me.” 20 In the same way, after the supper he took the cup, saying, “This cup is the new covenant in my blood, which is poured out for you.

For who did Jesus prepare this Passover for? Is it only for the disciples of the time? Who are you in this context? “You” means all the mankind who need to receive the forgiveness of their sins. For the sinners who are living the life of pain and agony of death, Christ poured out his blood of the Passover as gift of God to give them eternal life.

Therefore, in this context “you” means every man living on this earth. For the whole mankind Jesus granted this Passover.

Forgiveness of Sins and Passover–Even though Jesus gave the promise of forgiveness of sins and eternal life through the Passover, how come there is no one who keeps the Passover? Are we not sinners? Are we better than the disciples of Jesus who kept the Passover?

We are same. And our sins are no less than theirs. We are all sinners.

Then why is there anybody who keeps the Passover as if they were righteous? We all need the forgiveness for our sins, aren’t we? The reason is because the Passover got lost by the work of Satan.

The disciples of Jesus kept the Passover until the time of Emperor Constantine. However, in 325 AD in the Council of Nicaea the Passover was abolished. And during the Dark Age, the Passover got completely lost among people. Even though there were movements for religious reformation during the 15th and 16th centuries, nobody could restore the truth of life, the Passover.

Forgiveness of Sins and Passover–Now God grants salvation through his blood of covenant in the Passover. This is the last secret for the forgiveness of sins God promised to the children. People on this earth are once angels from heaven. They were sent to this earth because of their sins. In this sense, we can say that this earth is spiritually a prison. We live in many pains and come to die due to the penalty we receive from heaven.

To these sinners who are destined to die, Christ Ahnsahnghong came and opened the way to the forgiveness of sins and eternal life again through the New Covenant of the Passover. Now come to Zion, World Mission Society Church of God (WMSCOG). And keep the Passover and receive the gift of God of eternal life.

13 thoughts on “The Secret of Forgiveness of Sins: Part Two”