Missions of Prophet Elijah–Previously, we were looking at the time frame of the appearance of Prophet Elijah. In those days, God’s people, deceived by the false prophets of Baal and Asherah, forshook God. And they followed and worshiped gods of Sidonians Jezebel brought from the Gentile nation. In those days, because of the wrath of God, there was no rain in the land for several years. Finally, God sent Elijah to destroy evil things and to restore the truth. Then what were the mission of Prophet Elijah? How did he restore the truth and bring the reconciliation between God and his people?

Missions of Prophet Elijah–To fulfill the purpose of God, Elijah gathered all the false prophets of Baal and Asherah on Mount Carmel. They were 850 of them and the true prophet of God was just one, Elijah himself. In the spiritual sense, this scene can be understood as the last battle between good and evil as we can expect in the last day. On Mount Carmel Elijah challenged the false prophets to let them and people know who the true God they have to worship is.

He told them to prepare a file of sacrifice to their gods; also Elijah, one for his God. The God who bring down a fire and consume the sacrifice is the true God. And everyone on the mountain agreed to this suggestion. First, the worshipers of Baal and Aherah started to pray to their gods. They danced and later cut their own bodies shedding their own blood. This went on for several hours, but there was no answer.

Finally, the time came when nobody paid attention to what those false prophets were doing. Whatever they had done to ask to their gods, there was no answer. When the evening prayer time came, Elijah dismissed all the false prophets who were dancing to no avail. And he commanded people around him to restore the altar and to set up a sacrifice. And he told them to bring water and pour it down on his sacrifice for three times until everything on the altar get completely soaked by water. 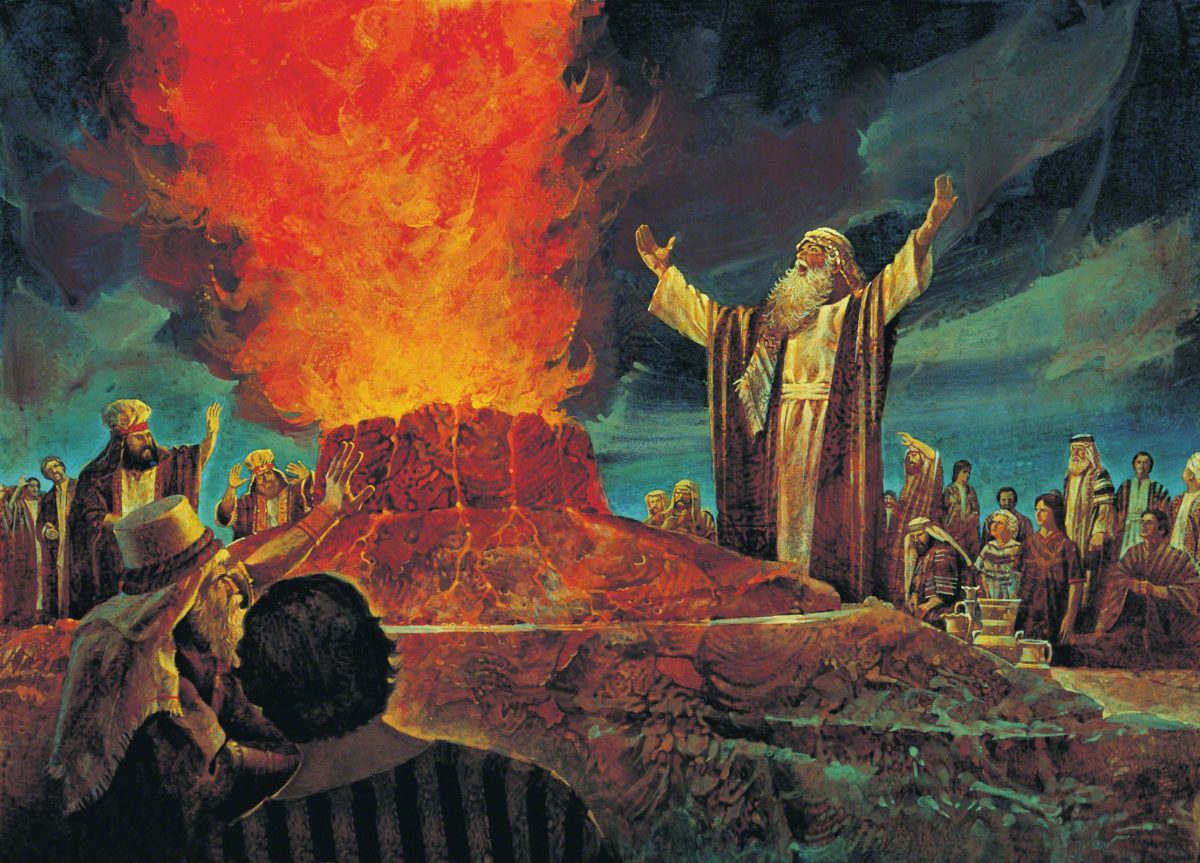 Missions Elijah Achieved Through this Event on Mount Carmel

1 Kings 18:30  Then Elijah said to all the people, “Come here to me.” They came to him, and he repaired the altar of the Lord, which had been torn down. 31 Elijah took twelve stones, one for each of the tribes descended from Jacob….33 He arranged the wood, cut the bull into pieces and laid it on the wood. Then he said to them, “Fill four large jars with water and pour it on the offering and on the wood.” …..

37 Answer me, Lord, answer me, so these people will know that you, Lord, are God, and that you are turning their hearts back again.” 38 Then the fire of the Lord fell and burned up the sacrifice, the wood, the stones and the soil, and also licked up the water in the trench. 39 When all the people saw this, they fell prostrate and cried, “The Lord—he is God! The Lord—he is God!”

40 Then Elijah commanded them, “Seize the prophets of Baal. Don’t let anyone get away!” They seized them, and Elijah had them brought down to the Kishon Valley and slaughtered there.

41 And Elijah said to Ahab, “Go, eat and drink, for there is the sound of a heavy rain.” …. 44 The seventh time the servant reported, “A cloud as small as a man’s hand is rising from the sea.” So Elijah said, “Go and tell Ahab, ‘Hitch up your chariot and go down before the rain stops you.’”45 Meanwhile, the sky grew black with clouds, the wind rose, a heavy rain started falling and Ahab rode off to Jezreel.

Explanation of The Missions of Prophet Elijah

Missions of Prophet Elijah–The bible clearly explains what Elijah did for God through this battle on Mount Carmel. We can see the four great things Elijah did one after another. The first mission was to repair the altar. Since 850 false prophets of Baal and Asherah ruined the altar by jumping and dancing on it, the very first thing Elijah did was to rebuild the altar with 12 stones which represents 12 tribes of Israel. Second, he brought reconciliation between God and His people.

When God brought down fire and consumed everything on the altar including all the water, people came to realize the true God. In this way, Elijah could bring hearts of people to God. Third, he made people seize all the false prophets of Baal and Asherah. And he took them to the Kishon valley and killed all of them there. Though this he could get rid of all the false prophets from the kingdom restoring the truth back again to the nation. And the last but not the least mission of Elijah was to bring the rain to the parched land. As we have already seen in the previous article, God said through Elijah that he would not send rain to the land for several years because of their sins. However, after the works of Elijah on the mountain, God finally gave rain to the land. 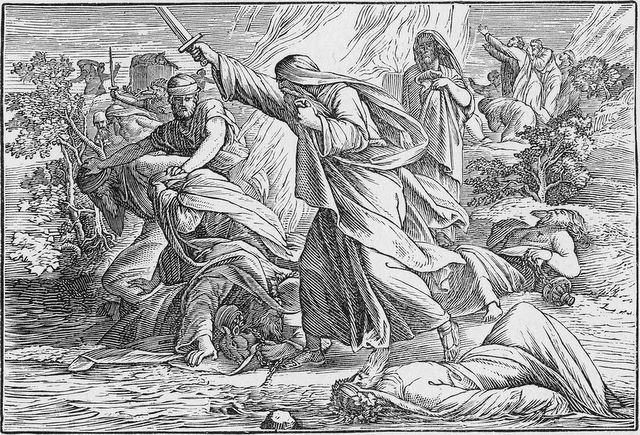 Elijah Killing All the Prophets of Baal and Asherah

Missions of Prophet Elijah–Surely, there much more things we must know about Elijah of the Old Testament. However, just for now this would be enough to realize the true Christ who would come as spiritual Elijah. Just like Moses, Christ must accomplish this part of missions too. The bible says that Christ would appear as Elijah “before the great and dreadful day of the Lord comes.” It means Christ must appear as spiritual Elijah in the last day. And when Christ comes, we would be able to realize him through the fulfillment of the prophecies. One of the prophecies of Christ’s coming is his Coming as Elijah.

Therefore, when Christ comes, he must accomplish all the missions of Elijah spiritual. He must repair the altar. Next, he also must bring reconciliation between God and His people. And he must kill all the false prophets and destroyed them completely from the land. And finally, he must bring the rain to the parched land. Through the fulfillment of these mission we can know the Elijah in the last day. And ultimately we will be able to know the Christ who comes as Elijah.

16 thoughts on “Missions of Prophet Elijah”