What is the priesthood?

Meaning Of Order Of Melchizedek–First, let us think about the work and role of priests in the bible.

Hebrews 5:1  Every high priest is selected from among the people and is appointed to represent the people in matters related to God, to offer gifts and sacrifices for sins. 2 He is able to deal gently with those who are ignorant and are going astray, since he himself is subject to weakness. 3 This is why he has to offer sacrifices for his own sins, as well as for the sins of the people. 4 And no one takes this honor on himself, but he receives it when called by God, just as Aaron was.

Priests were a group of people who were entrusted with things that belong to God and the worship of God. For this purpose, they presented offerings and sacrifices according to the regulations to God. Through their work, they could intercede on behalf of people. Through their intercession, people could receive forgiveness for their wrongdoings and transgressions.

God chose Aaron and his descendants to do the work of priesthood. So the work done by Aaron and his descendants in the Old Testament came to be known as the Order of Aaron. As we can see in the regulations of the Old Testament, their main work was presenting offerings and sacrifices. When people committed sins against God, they brought gifts to God according to the regulations. Then the priest performed their assigned task with the offerings people brought. Through this mediating works of priests, the people could receive the forgiveness of their sins. 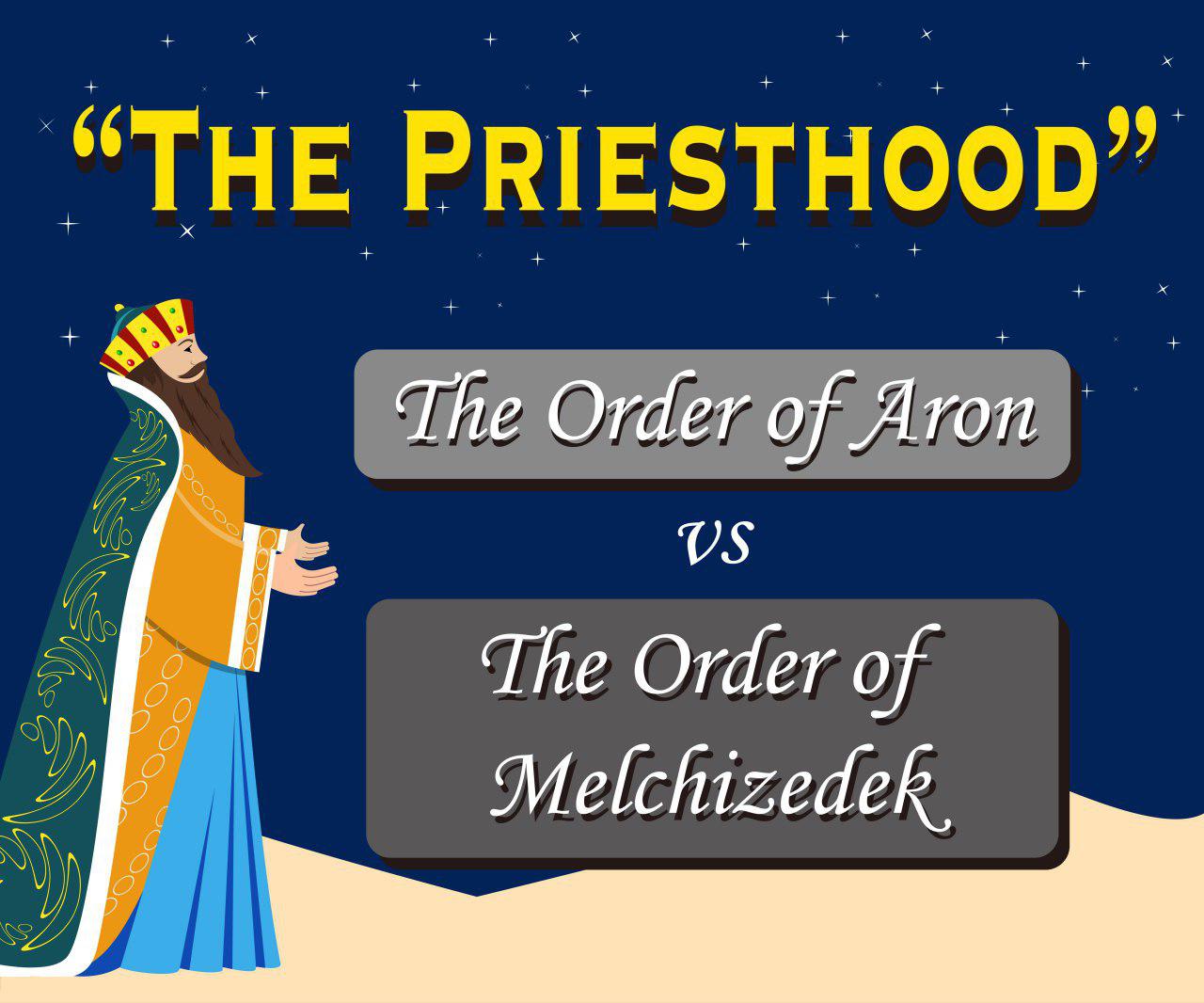 Priesthood In Order Of Melchizedek

The Priesthood In the Order of Aaron

Meaning Of Order Of Melchizedek–According to the Law of Moses, the main work for Aaron and his descendants was sacrificing animals for the forgiveness. When people bring the offerings, they sacrificed the animal and shed its blood according to the regulations. Let us take one example from the Book of Leviticus.

Leviticus 16:15 He shall then slaughter the goat for the sin offering for the people and take its blood behind the curtain and do with it as he did with the bull’s blood: He shall sprinkle it on the atonement cover and in front of it. 16 In this way he will make atonement for the Most Holy Place because of the uncleanness and rebellion of the Israelites, whatever their sins have been. He is to do the same for the tent of meeting, which is among them in the midst of their uncleanness.

The Main work of the priests was killing and shedding the blood of sacrificial animals. And in this way, they could cleanse people of their sins and uncleanness. Shedding the blood of animals was the essential part of their work to bring the reconciliation between God and the one who committed sins.

Hebrews 9:22 In fact, the law requires that nearly everything be cleansed with blood, and without the shedding of blood there is no forgiveness.

According to these regulations, Aaron and his descendants worked as priests to bring forgiveness. At God’s appointed time and in the appointed manners, they sacrificed animals regularly on every Sabbath and the days of God’s festivals.

The Order of Melchizedek And Jesus Christ

Meaning Of Order Of Melchizedek–The Bible says, however, that the regulations of the Old Testament were just a copy and shadow of the reality in the New Testament.

Hebrews 10:1 The law is only a shadow of the good things that are coming—not the realities themselves.

And also the Bible says that people could not receive complete forgiveness for their sins under the Law of Moses. It says “The former regulation is set aside because it was weak and useless (for the law made nothing perfect).” (Hebrews 7:18-19) Therefore, to save us completely and to give us forgiveness “once and for all,” Christ appeared as high priest. (Hebrews 5:8)

Hebrews 7:11  If perfection could have been attained through the Levitical priesthood—and indeed the law given to the people established that priesthood—why was there still need for another priest to come, one in the order of Melchizedek, not in the order of Aaron?

Complete Salvation Through The Order of Melchizedek

Meaning Of Order Of Melchizedek–However, his priesthood was not based on the Order of Aaron, but the Order of Melchizedek. Instead of the blood of animals which could not bring perfect salvation, he sacrificed his own body by shedding his own blood. In this way, the sinners could receive the forgiveness and salvation through the blood of Christ.

Ephesians 1:7  In him we have redemption through his blood, the forgiveness of sins, in accordance with the riches of God’s grace.

The Meaning of Order of Melchizedek

Meaning Of Order Of Melchizedek–Therefore, to receive the perfect salvation, we must follow the regulations of the priesthood in the Law of Christ. The Levitical priesthood in the Law of Moses cannot give us complete salvation. Then what are the regulations we must follow in the Order of Melchizedek? To understand this, we have to first understand about Melchizedek in the Old Testament. In the Book of Genesis, we can see the testimony of Melchizedek, blessing Abraham with bread and wine. It was a unique way of worshiping God because the most common practice in the Old Testament was sacrificing animals.

Meaning Of Order Of Melchizedek–The Bible says that everyone on this earth is a sinner and no one is free from sin and death. Paul says:

Romans 5:12 “Therefore, just as sin entered the world through one man, and death through sin, and in this way death came to all people, because all sinned.” 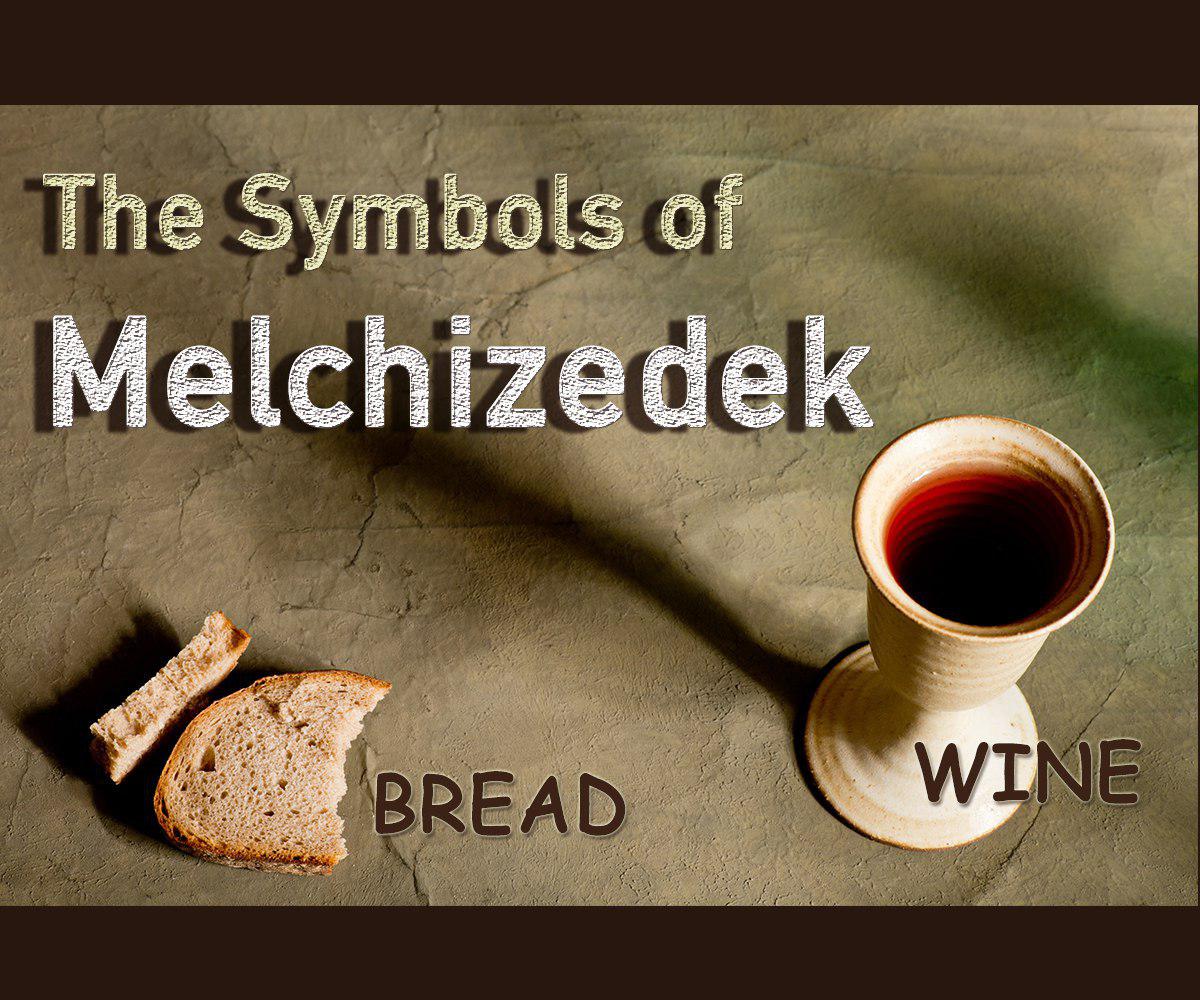 Symbols of Melchizedek: Bread and Wine

The Symbols Of Melchizedek: Bread And Wine

Matthew 26:26   While they were eating, Jesus took bread, and when he had given thanks, he broke it and gave it to his disciples, saying, “Take and eat; this is my body.” 27 Then he took a cup, and when he had given thanks, he gave it to them, saying, “Drink from it, all of you. 28 This is my blood of the covenant, which is poured out for many for the forgiveness of sins.

Jesus teaches us that we can take part in his flesh and blood. It is through the bread and wine of the Passover. In other words, by keeping the Passover of the new covenant, we can participate in the blood of Christ. And also we can receive the forgiveness of our sins and get freedom from sin and death.

For this reason, we can be sure that Jesus is the spiritual Melchizedek who appeared to give us blessings of eternal life.

Meaning Of Order Of Melchizedek–Contrary to the order of Aaron, Jesus came as high priest in the order of Melchizedek. As high priest, Jesus interceded for us. And he brought us forgiveness and salvation through his own flesh and blood, not with the blood of animals. The bread and wine become the symbols which represent that Jesus is the spiritual Melchizedek. And participation in the bread and wine can bring us the blessings of forgiveness of sins and eternal life.

24 thoughts on “What Is The Order Of Melchizedek?”