Jesus’ Coming on the Clouds–Today, we are going to understand a very important prophecy of Jesus’ coming for the second time. In one of the prophecies of his second coming, Jesus said that the Son of Man (or Jesus himself) will come on the clouds of the heaven.

Let us take a look at the prophecy and find out the meaning behind it.

Jesus’ Coming on the Clouds

Matthew 24:30 “Then will appear the sign of the Son of Man in heaven. And then all the peoples of the earth will mourn when they see the Son of Man coming on the clouds of heaven, with power and great glory.

Jesus’ Coming on the Clouds–As I told you before, all throughout this chapter Jesus teaches about the signs of the end of the age and his second coming. And one of the signs he gave was “his coming on the clouds of heaven”. What is the meaning of this teaching?

Do the clouds mean the actual clouds in the sky or just like other teachings of Jesus does it also have some figurative meaning in it? If they represent actual clouds, those who interpret it as parable will not be able to receive the second coming Jesus and will be destroyed. Likewise, if they are a parable, then those who look up to the sky waiting for the second coming Jesus will not receive salvation.

The Meaning of Clouds in the Bible

Prophecy of Clouds in Daniel

Daniel 7:13 “In my vision at night I looked, and there before me was one like a son of man, coming with the clouds of heaven. He approached the Ancient of Days (God) and was led into his presence. 14 He was given authority, glory and sovereign power (or kingdom); all nations and peoples of every language worshiped him. His dominion is an everlasting dominion that will not pass away, and his kingdom is one that will never be destroyed.

Here in this prophecy, Daniel also saw a son of man “coming with the clouds of heaven”. Basically, we can see the same prophecy as the Book of Matthew. Therefore, by looking at the fulfillment of this prophecy we can correctly understand the meaning of clouds in the prophecy of Matthew too. Then who fulfilled this prophecy? The son of man coming with clouds has certain characteristics. First, he was led to the presence of the Ancient of Days (God). And second, he received authority, glory, and kingdom from God.

Fulfillment of the Prophecy by Jesus Christ

Jesus’ Coming on the Clouds–Then who fulfilled the prophecy of Daniel receiving the authority, glory, and kingdom from the Ancient of Days? First, let us take a look at the authority.

Matthew 28:18 Then Jesus came to them and said, “All authority in heaven and on earth has been given to me (by God). 19 Therefore go and make disciples of all nations, baptizing them in the name of the Father and of the Son and of the Holy Spirit.

Who received all the authority in heaven and earth from God? It was Christ Jesus himself. Then how about the glory?

John 17:24 “Father (God), I want those you have given me to be with me where I am, and to see my glory, the glory you (God the Father) have given me because you loved me before the creation of the world.

Through this we can know it was also Jesus who received the glory from God. Then how about the kingdom? Who received a kingdom from God?

According to this verse, who received a kingdom from God? I was also Jesus.

Interpretation of the Clouds

The Jews who interpreted the prophecy literally could not receive Jesus who was born as baby, rather than coming on the clouds of heaven. They rejected him and crucified him. Ultimately they lost their own salvation by denying the Savior they had been waiting for. 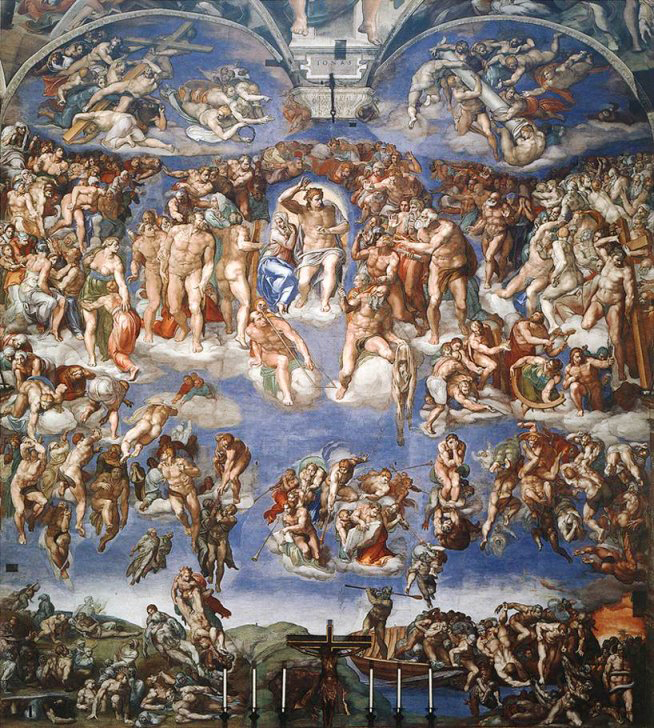 Many believe that Jesus will come on the clouds of heaven on the Day of Judgment. But is this a correct understanding of the prophecy of the bible?

Coming as Man in the Flesh

Jude 1:12 These people (false prophets or shepherds) are blemishes at your love feasts, eating with you without the slightest qualm—shepherds who feed only themselves. They are clouds without rain, blown along by the wind; autumn trees, without fruit and uprooted—twice dead.

Proverbs 25:14 Like clouds and wind without rain is one who boasts of gifts never given.

Through these examples we can confirm that the clouds actually mean people of the world living as human in the flesh.

Son of Man Coming on the Clouds

Jesus’ Coming on the Clouds–Then what is the meaning of the prophecy of Matthew?

Matthew 24:30 “Then will appear the sign of the Son of Man in heaven. And then all the peoples of the earth will mourn when they see the Son of Man coming on the clouds of heaven, with power and great glory.

This means that Jesus will appear as man in the flesh hiding the glory of God in the body of flesh. Just as clouds cover the sunlight, the body of Jesus was working as clouds covering the glory of God so that people could not recognize who he really was. Even though he was God, he completely hid his identity in the physical body. For this reason, Jews blamed him to be “a man claiming to be God.”

The history will repeat itself when Jesus comes back again for the second time hiding his glory in his body of flesh. Today, people are looking intently into the sky searching for the sign of Christ’s appearance. Just like 2000 years ago, even though Jesus comes for the second time and goes back to heaven again, nobody will know his coming and going. Only chosen people like disciples of Jesus will recognize the second coming Christ.

Jesus’ Coming on the Clouds–The bible says that Jesus did not say anything without using the parable. He taught that he would appear for the second time, “coming on the clouds of heaven”. Now, we should find out if this also is a parable or not. Since he did not teach anything without using a parable, it would be natural to conclude that “coming on the clouds” must be a parable too. And it would also be natural to conclude that clouds have a figurative and secret meaning behind it since it is a parable.

Coming on the clouds figuratively means appearing as man in the flesh for the second time. And it would be hard for people to recognize him when he appears second time just like his first coming. Then how can we know the second coming Christ who is coming as man?

John 5:39 You study the Scriptures diligently because you think that in them you have eternal life. These are the very Scriptures that testify about me, 40 yet you refuse to come to me to have life.

The bible is the book that testifies about the Christ or God coming in the flesh. Through the prophecies of the bible we can correctly recognize the second coming Christ. Now let us study the bible diligently and find out who the Son of Man coming on the clouds of heaven is. Jesus gave many prophecies of his second coming such coming on the clouds, fig tree, coming from the east, hidden manna, etc. I pray that you come to know the second coming Christ and accept him.

(Back to Main Article)

40 thoughts on “Jesus’ Coming on the Clouds”