King David is a crucial prophetical figure in the Bible. The second king of Israel David prophetically teaches about the Christ who would appear as spiritual David Christ. Therefore, by looking at the life and work of physical David, we can come to know more clearly about the spiritual David, Christ. Now let us take a look at one of the works of David, that is, establishing Zion. David’s work of capturing Zion and building the City of David works as a sign of Christ. Christ, the spiritual David would establish the spiritual City of David Zion. And in our time, Christ Ahnsahnghong appeared to us and established Zion. Let us study about Christ Ahnsahnghong and Zion.

First, what is Zion and why is it important to us? Let us take a brief look at the historical background of the importance of Zion to the Jews.

The Conquest of the Promised Land in the Time of Joshua

After finishing the journey in the desert for 40 years, the Israelites finally started to conquer the Promised Land of Canaan by destroying the wall of Jericho. First, they captured all the cities of Canaan on the eastern side of the Jordan River. Later they could conquer all the cities of the west side of Jordan too. With this, they finished the conquest of Canaan and distributed the land according to the inheritance of each tribe. The distribution of the land came to an end at around 1400 BC, and they rested in the Promised Land as the Bible says, “Then the land had rest from war.” (Joshua 14:15) 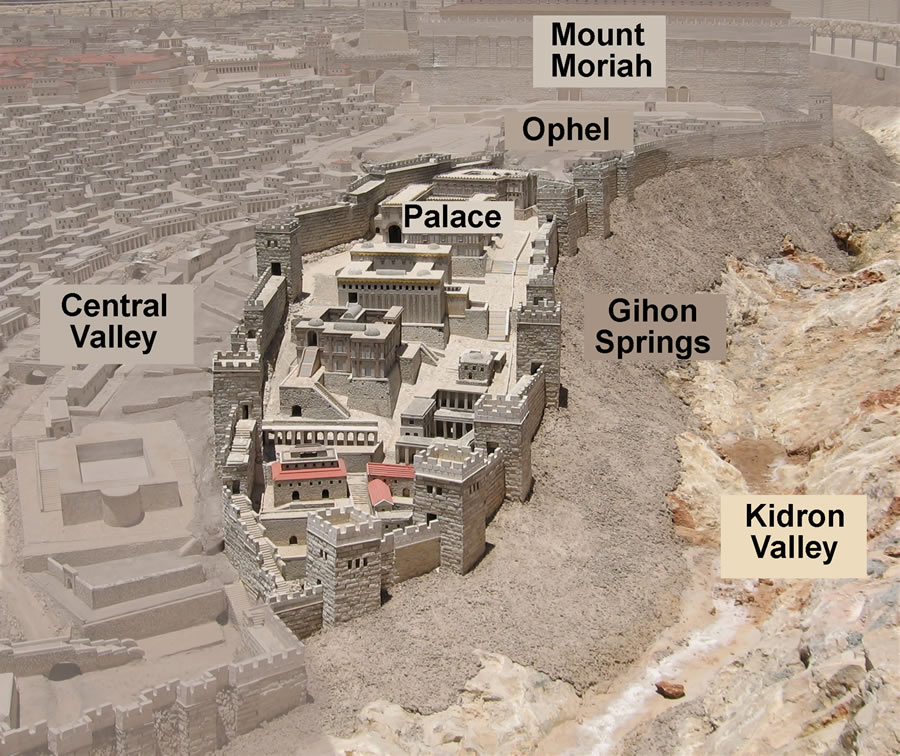 Ahnsahnghong and Zion — A Model of the City of David. Valleys are surrounding the city of Jerusalem, forming a natural fortress.

However, there was one city which they could not conquer at the moment. Jerusalem was the central city of the land of Canaan. The original residents of the city was the Jebusites, hence the name Jerusalem came. Since the valleys around the city were working as a natural fortress, the Israelites could not conquer the city.

Joshua 15:63   Judah could not dislodge the Jebusites, who were living in Jerusalem; to this day the Jebusites live there with the people of Judah.

The city of Jerusalem was impregnable to the Israelites. They could not defeat the Jebusites until the time of King David about 400 years later.

David Capturing Zion and Establishing the City of David

The Bible records that the very first work of David after he became the king of Israel was the conquest of the city of Jerusalem. Since the city was surrounded by deep valleys, it was not easy for the army of David to gain access to the city. David, however, could find one weak point of the city, that is, the water shaft which was running underground of the city. Finally, he could conquer the city of Jerusalem. The Bible depicts this achievement of David as his first and greatest work of King David. 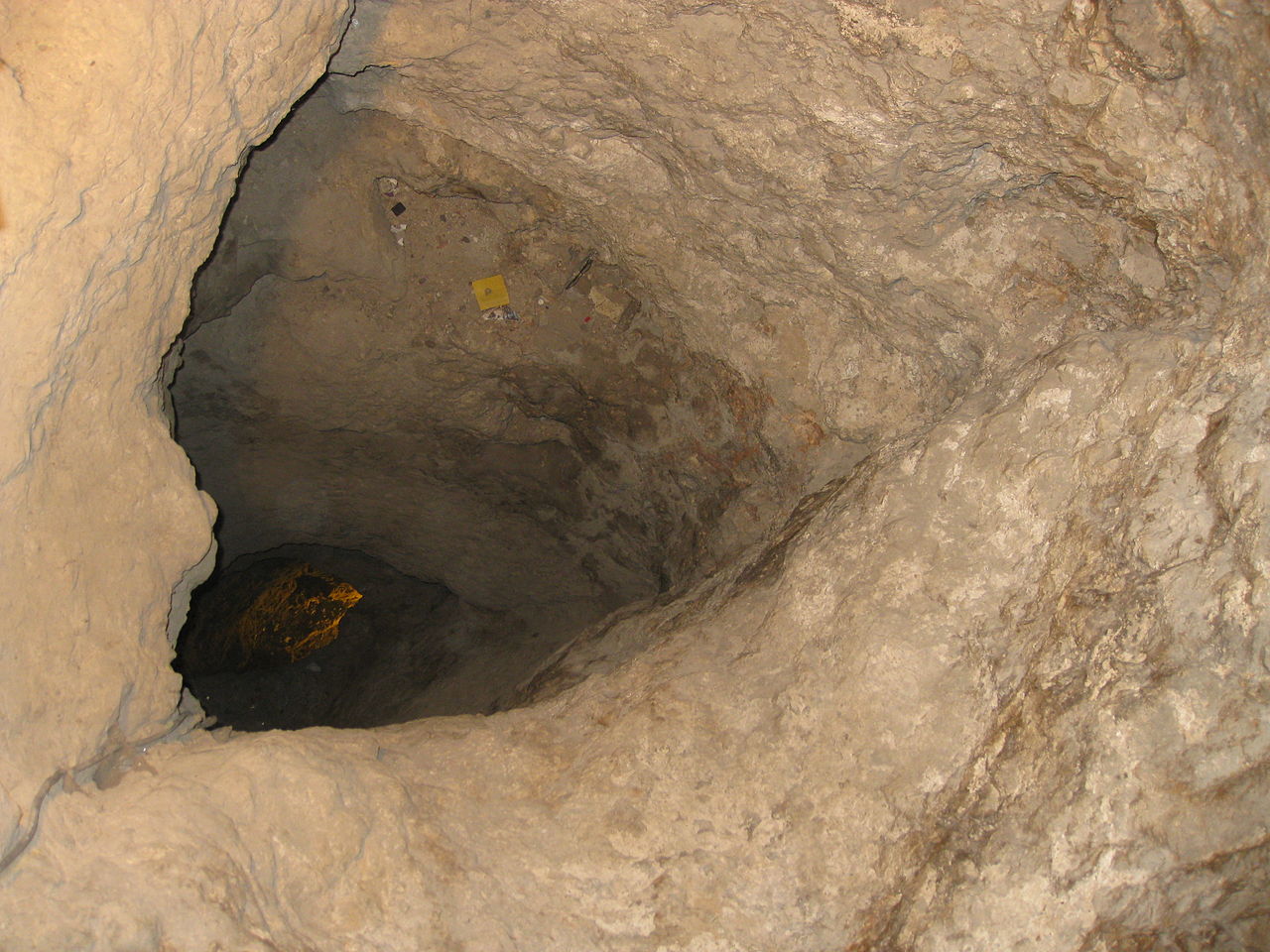 Underground Water Conduit System of Jerusalem. It is amazing that David could find this probably only one possible way to enter the city and defeat the Jebusites.

After conquering Jerusalem, on it, David established his own city, the City of David, also known as Zion.

2 Samuel 5:7 7 Nevertheless, David captured the fortress of Zion—which is the City of David. 8 On that day David had said, “Anyone who conquers the Jebusites will have to use the water shaft to reach those ‘lame and blind’ who are David’s enemies.” That is why they say, “The ‘blind and lame’ will not enter the palace.” 9 David then took up residence in the fortress and called it the City of David. He built up the area around it, from the terraces inward. 10 And he became more and more powerful, because the Lord God Almighty was with him.

With this conquest of Jerusalem, finally, David could bring complete rest to the nation of Israel by defeating all the enemies. From this time David started to dwell in Zion, the City of David and he ruled over his people as the King of Zion.

The Prophecies of Spiritual David and Christ

In the Bible, the history of the past is not just an event that happened and passed away without having anything to do with the present or the future. Rather, the past is working as prophecies to show what would happen in the future. This history of King David is the same. Through this story of David God wants to teach us the spiritual David who would come in the future, that is, the Christ.

Isaiah 9:6 For to us a child is born, to us a son is given, and the government will be on his shoulders. And he will be called Wonderful Counselor, Mighty God, Everlasting Father, Prince of Peace. 7 Of the greatness of his government and peace there will be no end. He will reign on David’s throne     and over his kingdom, establishing and upholding it with justice and righteousness from that time on and forever. The zeal of the Lord Almighty will accomplish this.

This prophecy of Isaiah was written about 300 years after King David. However, through this prophecy, the prophet tells us about a baby who would sit on the throne of David. Then who is this David? How can we recognize him when he comes?

As most Christians know, it was Jesus Christ who received the throne of David. (Luke 1:31) Therefore, we can call Jesus as the spiritual David. Then on what ground can we call Jesus King David? It is through the life and work of David that we can know the Christ who would appear as King David. The first and great work of David according to the Bible is the conquest of the Zion and the establishment of the City of David.

If Jesus is the true David, he must have fulfilled this prophecy through his ministry. Then did Jesus establish Zion the City of David? In a literal sense, it does not make sense because Zion or the Jerusalem City had long been established since the time of the conquest of Jerusalem by King David. Therefore, we have to understand the meaning figuratively. Then figuratively what is Zion? The Bible mentions the spiritual Zion as well as physical Zion.

Spiritually, Zion is a place where God’s people gather together to keep the festivals of God.  About this spiritual Zion, Paul also testifies that we should understand it figuratively.

Hebrews 12: 18 You have not come to a mountain that can be touched and that is burning with fire; to darkness, gloom and storm; …..22 But you have come to Mount Zion, to the city of the living God, the heavenly Jerusalem.

The Zion Jesus established was not a physical city of Jerusalem, but a spiritual city of festivals. To fulfill these prophecies, Jesus as King David in Zion established the festivals of God according to the new covenant.

Jesus Establishing Spiritual Zion the City of Festivals of God

In the Old Testament, God’s people kept the festivals of God (Leviticus 23) by shedding the blood of animal according to the Law of Moses or the old covenant. However, Christ came as the reality of the sacrificial Lamb and shed his own blood. Through his blood, he established the new covenant or the Law of Christ and showed us as examples how to keep the festivals of God in spirit and truth under the new covenant. He kept the Sabbath;

Luke 4:16 He went to Nazareth, where he had been brought up, and on the Sabbath day he went into the synagogue, as was his custom. He stood up to read,

Also, he kept the Passover, one of the annual seven festivals of God;

Luke 22:14 When the hour came, Jesus and his apostles reclined at the table. 15 And he said to them, “I have eagerly desired to eat this Passover with you before I suffer.

Matthew 26:18 He replied, “Go into the city to a certain man and tell him, ‘The Teacher says: My appointed time is near. I am going to celebrate the Passover with my disciples at your house.’”

Also, we can see the record of his keeping the Feast of Tabernacles (John 7:1-39), the Day of Pentecost or the Feast of Weeks. (Acts 2:1) Jesus kept all these festivals of God according to the regulations of the new covenant. And he gave them to us as examples to follow. (John 13:15) By keeping the festivals, Jesus established Zion as spiritual David. Also, he gave his people the laws of the new covenant to rule over his people as the King in Zion.

The Abolishment of the Festivals and the Fall of Zion

When Jesus kept the festivals of God, actually he was establishing the spiritual Zion, the City of God’s Festivals. Even though Jesus established Zion through his blood, however, Zion, the city of festivals, fell down by the work of Satan and God’s people lost the memory of the festivals of God since the Apostolic Age and the time of Early Church. It was the fulfillment of the prophecy of Daniel. (Daniel 7:25) By using the power of the emperor of the Rome, Satan abolished the Sabbath in 321 AD and the Passover in 325 AD in the Council of Nicaea.

However, through the prophecies of the Bible God already foretold that he would restore Zion the City of God’s Festivals and re-establish the festivals of the new covenant. About this restoration of Zion, Prophet Isaiah said,

Isaiah 51:3 The Lord will surely comfort Zion and will look with compassion on all her ruins; he will make her deserts like Eden, her wastelands like the garden of the Lord. Joy and gladness will be found in her, thanksgiving and the sound of singing.

The prophet says that even though once Zion is in ruin like desert and wasteland, God would comfort Zion out of his love and compassion. Also about this restoration of Zion, David said:

Psalm 102:16 For the Lord will rebuild Zion and appear in his glory.

It is the prophecy of the restoration of Zion after its fall. The City of Festivals Jesus established was in ruin. But the Bible already prophesied that God would rebuild and restore Zion and the festivals of God. Then let us study Christ Ahnsahnghong and Zion which he rebuilt. 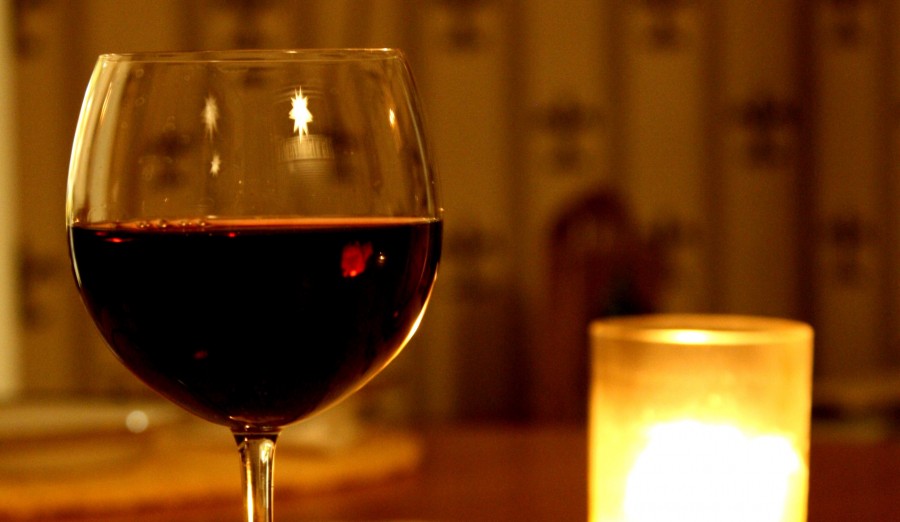 Ahnsahnghong and Zion: The wine of the Passover the new covenant

Then who is Ahnsahnghong? Through the restoration of festivals, we can know the relationship between Ahnsahnghong and Zion. He is the Spiritual David.

Psalm 87:5 Indeed, of Zion it will be said, “This one and that one were born in her, and the Most High himself will establish her.”

Through Psalm 102 and 87, the Bible let us know the only one who can establish Zion is the Lord or the Most High, that is, God himself. Then according to these verses of the Bible, who should Christ Ahnsahnghong be? He is the Most High God himself came down to this earth as a man in the flesh. In short, he is Spiritual King David that we must seek for our salvation in the last days. (Hosea 3:6) Seek Christ Ahnsahnghong and Zion the City of God.

Come to Zion the City of God and keep the festivals of God. Satan has deceived people with false festivals such as Sunday worship, Christmas, Easter, and so on. God’s festivals are kept only in Zion, the World Mission Society Church of God which the Most High God Ahnsahnghong rebuilt for our salvation.

Related topics about Ahnsahnghong and Zion