Christ Ahnsahnghong in the Bible 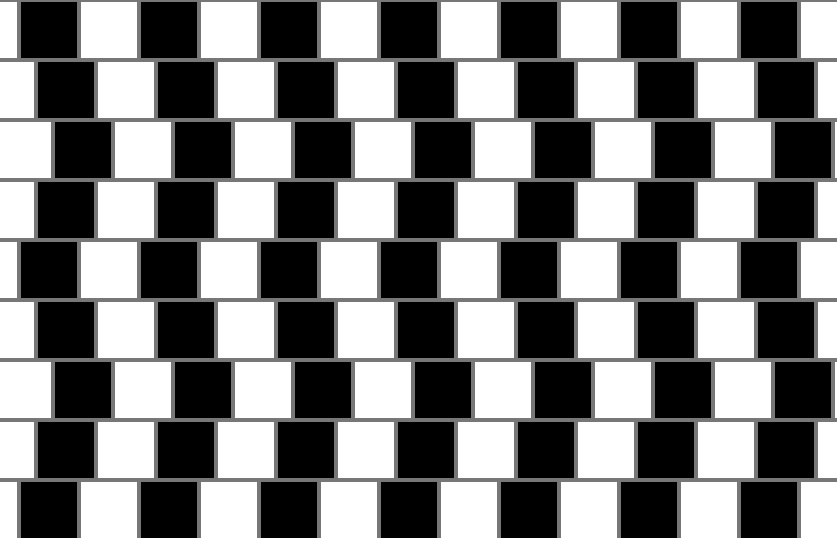 An Example of Optical Illusion: Human perception can be distorted by many different conditions. One of the examples can be found in the Cafe wall illusion. Even though all the horizontal line in this picture are parallel, they seem be at various angles with each other. Like this human cannot perceive things as they are, which means our perception is not correct at all.

People tend to believe only what is visible and perceive with their sense. Most of them say that they would believe if they can see firm pieces of evidence. Or they would if they can see with their own eyes. Let us think about the existence of the “invisible world”. People don’t actually believe it for the same reason in spite of abundant evidence. Then, take for example the earth on which we stand, how many people who have seen the earth in person from outside of the earth? There would be very few people. Nevertheless,  we all believe the earth is round. It is because most have seen it indirectly through satellite imagery. Or we can perceive it through scientific facts about the Universe that scientists revealed.

For example, flies cannot distinguish between colors because of the structure and function of a fly’s eye. They only see in black and white. Flies would think the world through their’ limited eyes as the reality. In the eyes of flies, the colorful flowers and the blue skies only look black or white. Then, let’s suppose flies are given information about the actual colors of flowers and skies, then can the flies fully realize those color that they have never seen before? Or Can flies believe the fact that there exist more various colors as well as black and white? Probably No. The flies would deny the fact for fear that they can’t perceive those colors with their sense.

The Bible That Testifies About the Invisible World

“And we have the word of the prophets made more certain, and you will do well to pay attention to it, as to a light shining in a dark place, until the day dawns and the morning star rises in your hearts. Above all, you must understand that no prophecy of Scripture came about by the prophet’s own interpretation.  For prophecy never had its origin in the will of man, but men spoke from God as they were carried along by the Holy Spirit.” – 2 Peter 1:19~21-

What is the meaning of the phrase, “Men spoke from God as they were carried along by the Holy Spirit”? It means that the Bible is the inspiration of God ( 2 Timothy 3:15 ) even if men(prophets) wrote it. For example, let us think about this situation: The chairman of a company ordered his secretary to deliver his important message to the staff. In this case, the person who actually acts is the secretary of the chairman. However, whose will does the secretary deliver to the staff? Is it the chairman’s? Or the secretary’s? As we can see, the secretary is just a messenger delivering the will of the chairman.

The Bible, The Guidebook for Our Salvation

Likewise, the sixty-six books of the Bible were recorded by dozens of God’s prophets moved by the Holy Spirit such as Isaiah, Jeremiah, Matthew, etc.  But those who don’t believe in God do not listen to the message of God for humankind. They just regard the Bible as a history book of Israel, or as a book written by men. In this way, how can humankind move toward the way of salvation?

The Bible is deeply related to our salvation, not merely the history book of Israel or the book of instruction or moral lessons. The Bible, the indispensable guide to the God’s people has an absolute prophecy. Also, the Bible plays a role as a lamp shining in the dark. When we first walked the path of faith, there is a time when we do not know which way we should go.  A boat floating in a sea of darkness find the right path along the light from the lighthouse. The bible is the same to us. God was worried that we would wander and be lost. He gave His children an absolute prophecy to lead to the kingdom of heaven.

Prophecies of the Bible

The Prophecies of the First Coming Christ

Then, What is the most important prophecy in the Bible that guides us to heaven? There are a lot of prophecies in the Bible, among them, It is most important to know “Savior” the Christ. Because the fundamental purpose of the Bible is to let us know the Savior.

” You diligently study the Scriptures because you think that by them you possess eternal life. These are the Scriptures that testify about me, yet you refuse to come to me to have life. ” – John 5:39~40 –

So the Bible precisely describes and prophesies Jesus, the Savior who is to come (Isaiah 53:1, 7:14, Micah 5:2, Isaiah 9:1) and we can find the scenes described like a painting from His birth to death in the Bible.

The Prophecies of the Second Coming Christ

Today, Christians acknowledge Jesus as God and believe in Him as the Savior through these prophecies. But It is prophesied in the Bible that in the last days the Second Coming Jesus will restore all the feasts destroyed long time ago for our salvation. (Micah 4:1, Psalm 102:16~22) And the appearance of His Second Coming will be the same with that of His First Coming. Which means that Jesus will appear again as a man in the flesh at His Second Coming. (Hebrew 9:28)

There are many prophecies in the Bible to let us know about the Second Coming of Jesus, such as the last Adam, the King David and the Order of Melchizedek and furthermore. If we take a look at those prophecies, we can also find one truth of life that each prophecy has in common.

Christ Ahnsahnghong fulfilled all the prophecies of prophets regarding the Second Coming Christ as recorded in the Bible and preached the New Covenant Passover, namely, He restored the truth of life.

Prophecies of the Bible, the Will of God

But ironically, Although God himself, who is originally spirit, appeared as a man to us. However, people who are willing to believe what is visible do not recognize Him as God because they neither know nor believe the prophecy of the Bible. In other words, they are spiritually blind. How unfortunate is it for them? 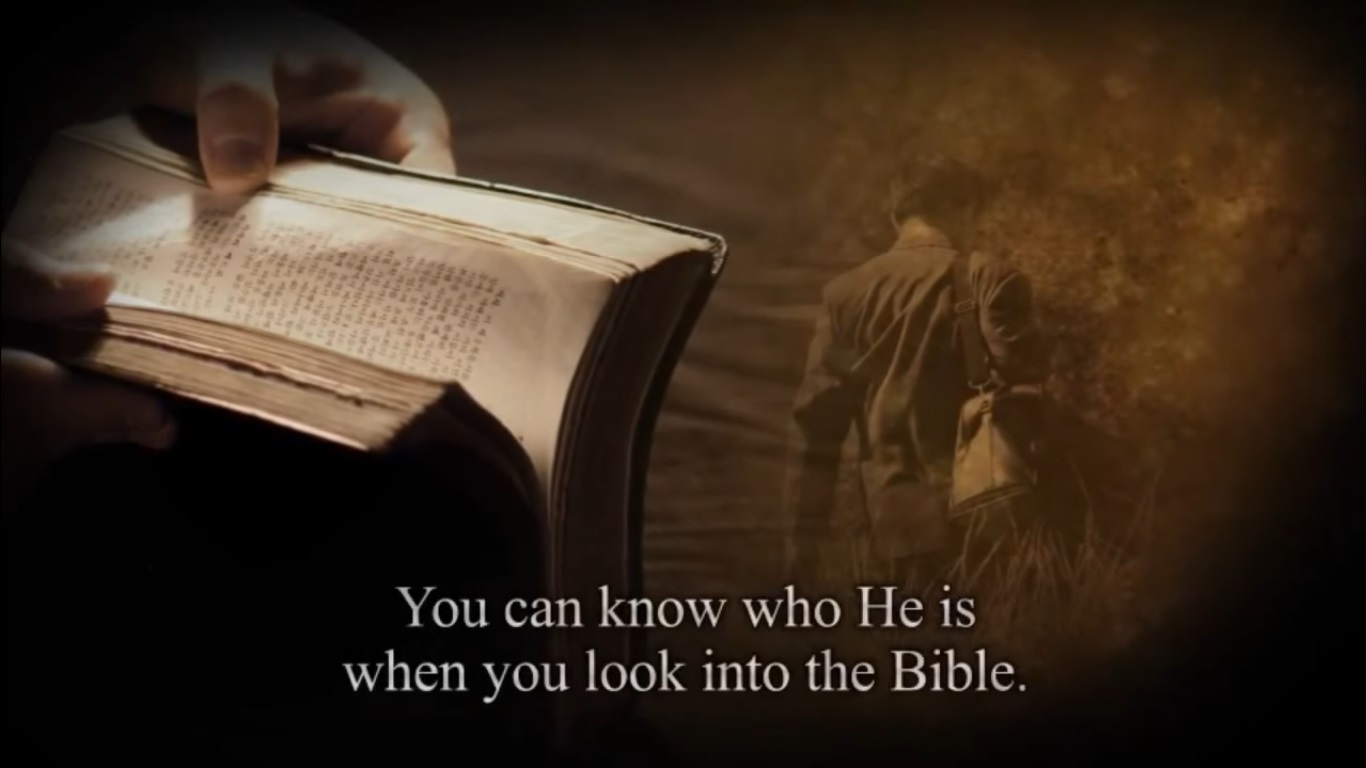 Anyway, regardless whether we believe it or not, all the prophecy of God will be certainly fulfilled as recorded in the Bible. It is because the prophecy is not our will but the will of God Almighty. If God himself prophesied that He would appear as a man just like us, He would definitely appear as a man, and there will definitely be the children of God who receive God, who came in the flesh, through the eyes of prophecy. That’s the reason why God said “do not treat prophecies with contempt” (1 Thessalonians 5:20)

The Lesson from the Past

“For everything that was written in the past was written to teach us, so that through endurance and the encouragement of the Scriptures we might have hope.” –  Roman 15:4 –

The history of the Early Church repeats in our time as the Bible says. Most people today also have difficulty in recognizing Christ Ahnsahnghong. They do not know the Second Coming Christ. Nor do they receive Him just because He came to this earth as a man in the flesh. But we must not forget that Almighty God can appear in any form.

Christ Ahnsahnghong In the Bible

Accordingly, we all must receive the Second Coming Christ, Ahnsahnghong who came in the flesh. Then we can be the children of God who can enter the eternal kingdom of heaven. Now God comforts the saints of the Early Church who received the first coming Jesus 2000 years ago in heaven. Therefore, it is essential for us to know the Second Coming Christ. The first step to finding Him is in the prophecies of the Bible. He is right there.

2,860 thoughts on “Christ Ahnsahnghong That The Bible Testifies About”