Christ Ahnsahnghong Coming as Melchizedek–In the previous post, we have seen that Jesus was the spiritual Melchizedek prophesied in the Book of Hebrews. (Hebrews 8:5) He came as high priest in the order of Melchizedek and gave us the blessings of forgiveness and eternal life through the bread and wine of the Passover. That is why Christ is called “the mediator of the new covenant” because his mediating work was not based on the animal sacrifice as in the Law of Moses.

Even though the fact was so clear that Jesus was the spiritual Melchizedek, Paul continues to say that there is something more in the prophecy.

Hebrews 5:11  We have much to say about this (Melchizedek), but it is hard to make it clear to you because you no longer try to understand. 12 In fact, though by this time you ought to be teachers, you need someone to teach you the elementary truths of God’s word all over again.

Christ Ahnsahnghong Coming as Melchizedek–In the verse 8 of the same chapter, he already declared that Jesus is “the prophesied high priest in the order of Melchizedek.” And right after that statement, he adds some more to the effect of crossing out his own previous statement. He says that the story of Melchizedek is not that clear. Even though he has many things to say, he cannot explain everything because of people’s lack of knowledge. Then what was difficult to explain and why? In Chapter 7, he adds some more important characteristics of Melchizedek, which was “hard to understand” at that time.

Difficult Things In the Prophecy of Melchizedek

Hebrews 7:1  This Melchizedek was king of Salem and priest of God Most High. He met Abraham returning from the defeat of the kings and blessed him, 2 and Abraham gave him a tenth of everything. First, the name Melchizedek means “king of righteousness”; then also, “king of Salem” means “king of peace.” 3 Without father or mother, without genealogy, without beginning of days or end of life, resembling the Son of God, he remains a priest forever. 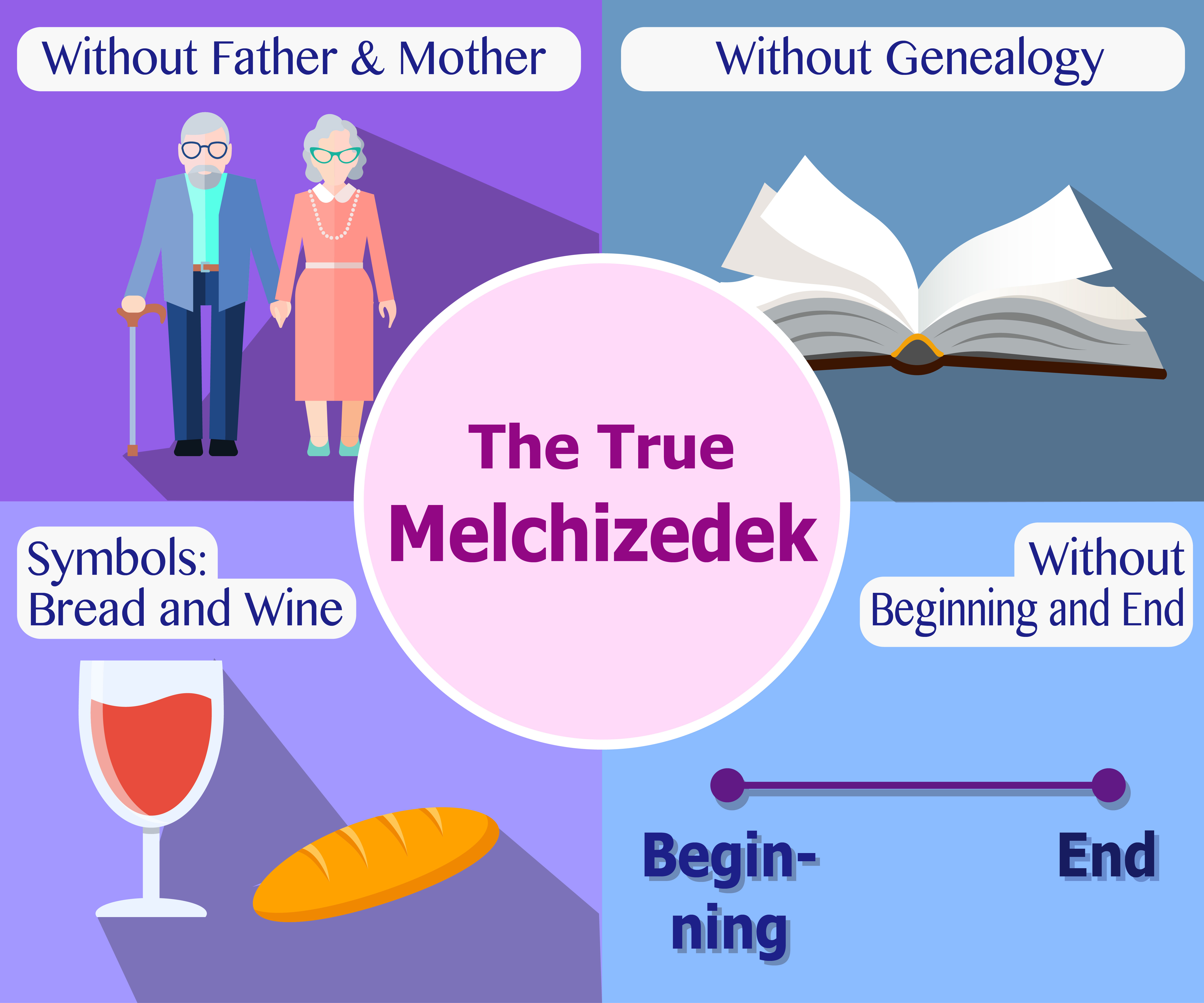 Without Father or Mother

This scene contains a very important teaching of Christ. Even though the physical family members of Christ was waiting outside, Christ said the true family are the spiritual heavenly family. In this respect, he is implying that those who do the will of God can be considered as true family members. Therefore, the true spiritual family is those who believe in God by obeying his commands.

Born Into A Unbelieving Family

One of the characteristic of Melchizedek in the prophecy above is “without father or mother.” It means the true Melchizedek must come from an unbelieving family. Then what about Jesus? Was he born from an unbelieving family? No, Jesus’ physical father and mother were believers of God. His father Joseph was considered as “a righteous man” in the eyes of God. (Matthew 1:19)

Thus, Jesus did not completely fulfill the prophecy of Melchizedek 2000 years ago. 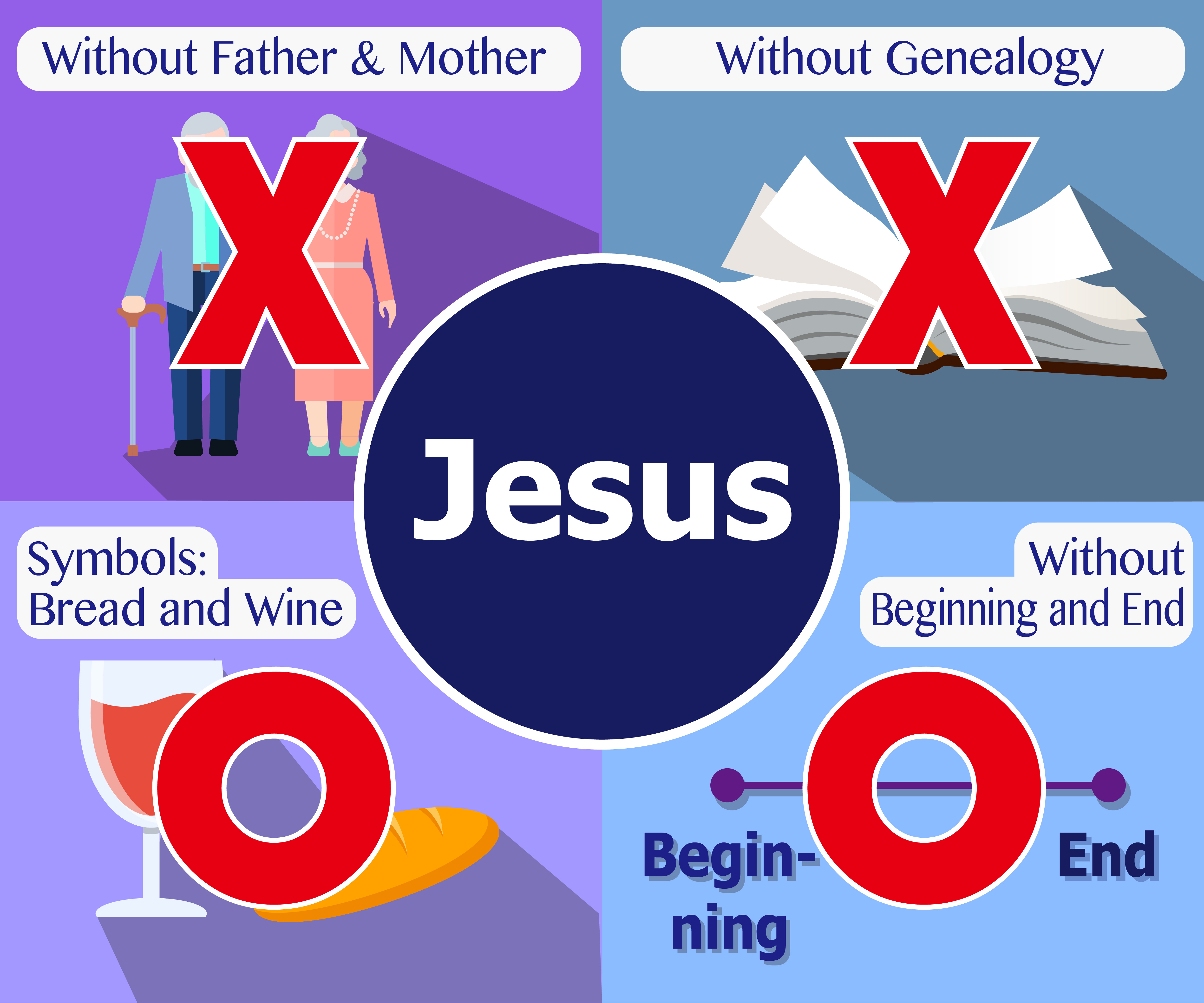 The Requirements of True Melchizedek

Christ Ahnsahnghong Coming as Melchizedek–Even though it seemed to be easy to know that Christ Jesus was the spiritual Melchizedek, just as Paul said, some parts of the prophecies were hard to understand. By coming from a believing family, Jesus did not complete the prophecy of “without father or mother.” Nor was the prophecy of “without genealogy” made complete because he came from a Jewish family line. Through these unfulfilled prophecies of Melchizedek we can have many clues how to recognize the true Melchizedek. Then let us check the features of Melchizedek. And let us find out which prophecy remains unfulfilled. 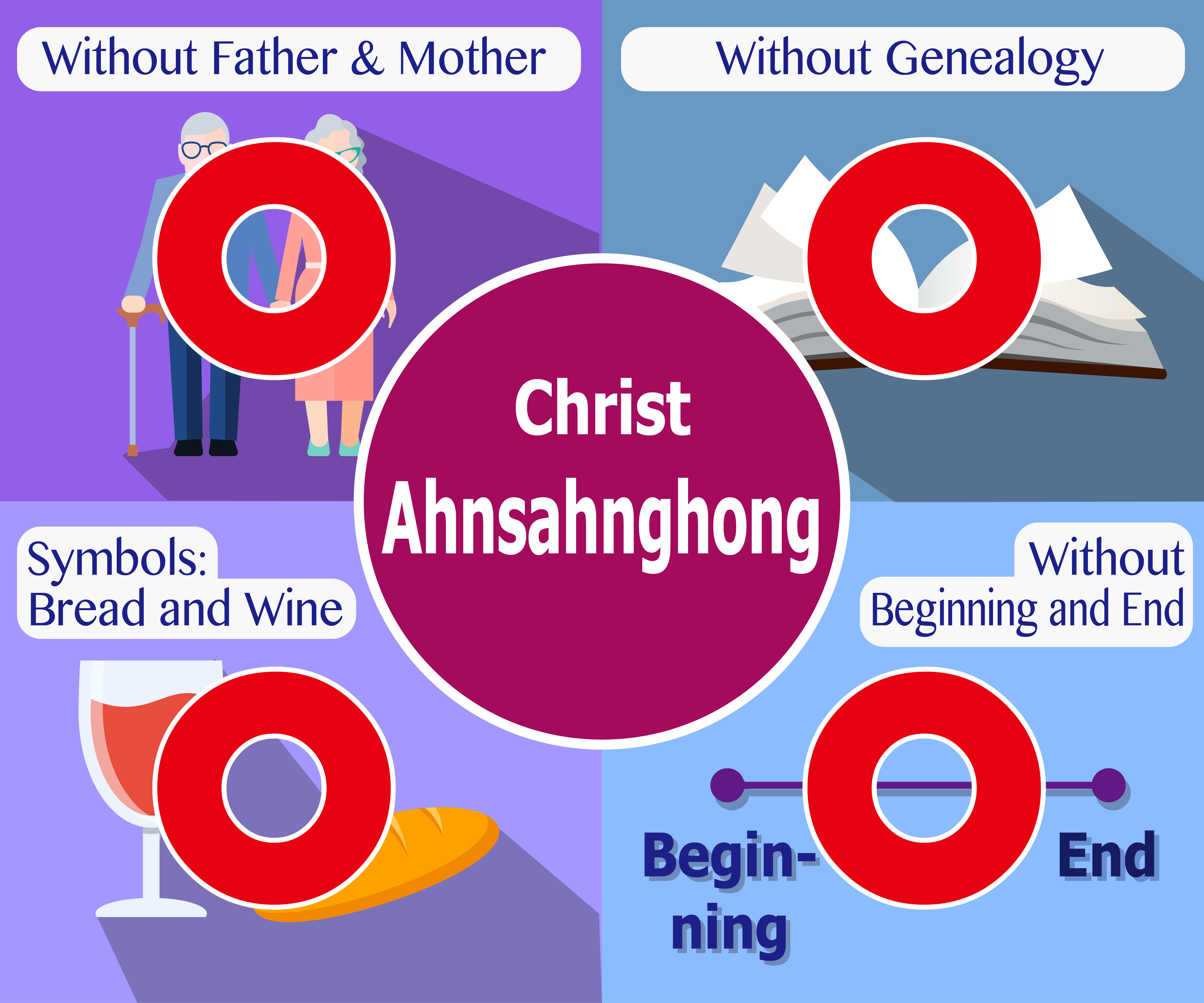 First, the true Melchizedek must appear from the unbelieving family according to the prophecy of “without father or mother”. The physical parents of Christ Ahnsahnghong were not believers of God. In other words, they were not part of true spiritual family. Second, the Christ must not have any genealogy. According to the prophecy, Christ Ahnsahnghong appeared from the nation of Korea. The nation of Korea is a complete Gentile nation which has no connection with the Jewish genealogy. Above all, he restored the new covenant Passover. The symbols of Melchizedek are bread and wine. The Passover got abolished in AD 325 in the Council of Nicaea by Roman Emperor Constantine. After that for about 1600 years, nobody could keep the Passover. In our time, however, Christ Ahnsahnghong as spiritual Melchizedek restored the Passover. He gave us his flesh and blood through the bread and wine of the Passover.